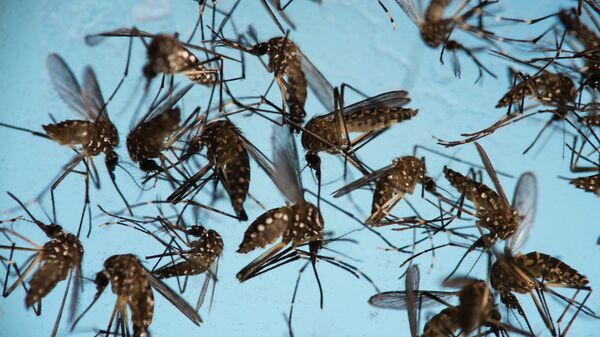 Technology companies in the US are using automation and robotics to fight off the age-old task of battling mosquitoes. In a bid to stop the spread of the Zika virus, Microsoft Corporation and Verily, a California-based life sciences company, are forming partnerships with public health officials in several US states to test out the technology.

In Texas, Microsoft are testing a smart trap to isolate and capture Aedes aegypti mosquitoes — known Zika carriers — for study by entomologists to give them a jump at predicting outbreaks.

Verily, Alphabet's life sciences division, based in Mountain View, California, is speeding the process for creating sterile male mosquitoes to mate with females in the wild, offering a form of birth control for the species.

​These advances may take a few years to become available, but public health experts say new players in the market will bring about fresh thinking.

Anandasankar Ray, an associate professor of entomology at the University of California, Riverside, said that the current time is an exciting one.

"It's exciting when technology companies come on board. Their approach to a biological challenge is to engineer a solution," Professor Ray said.

​Cases have slowed down, however mosquitoes capable of carrying the virus — Aedes aegypti and Aedes albopictus — are spreading in the Americas, as well as in the southern parts of the US. 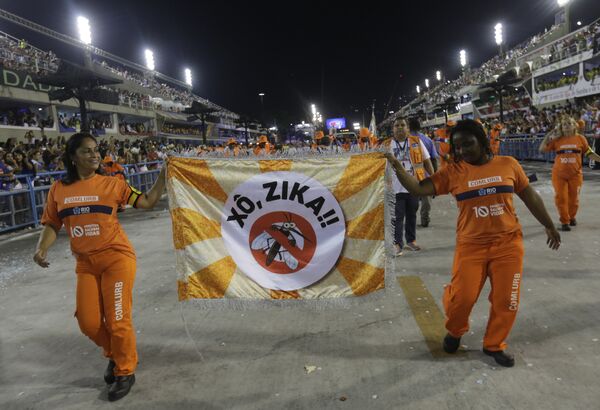 Workers holds a flag that reads in portugues "Out Zika" as part of a campaign to warn people about the spread of the Zika virus during carnival celebrations at the Sambadrome in Rio de Janeiro, Brazil, Monday, Feb. 8, 2016
© AP Photo / Silvia Izquierdo

There have been 5,265 Zika cases reported in the US so far from people who have traveled and contracted the virus elsewhere. However, there are two states — Texas and Florida — who have recorded cases transmitted by local mosquitoes, making them prime testing grounds for the new technology.

Microsoft have set up 10 mosquito traps in Harris County. They are the size of a large birdhouse, and the device uses robotic, infrared sensors, machine learning and cloud computing to help health officials keep tabs on potential disease carriers.

Ever wondered how much you know about #mosquitoes? Test your knowledge before the warmer weather really sets in! https://t.co/1sDrh5Pryk

Conventional traps capture all types of insects, such as moths and files, however the Microsoft machines can differentiate insects by measuring a feature unique to each species: the shadows cast by their beating wings.

When a trap detects an Aedes aegypti in one of its 64 chambers, the door slams shut.

"The machine makes a decision about whether to trap it," said Ethan Jackson, a Microsoft engineer who is developing the device.

There are some companies who are working on developing technology that will shrink mosquito populations by rendering male Aedes aegypti mosquitoes sterile. When these sterile males mate with females in the wild, their eggs don't hatch.

MosquitoMate, a startup company formed by researchers at the University of Kentucky, are using a naturally occurring bacterium called Wolbachia to render male mosquitoes sterile.

One of the biggest challenges is sorting the sexes, and that's were Verily come in. The company is using robots to sort through the mosquitoes and have teamed up with MosquitoMate to test the technology.