US Public Confidence in Police Rebounds to Nearly 60% - Poll 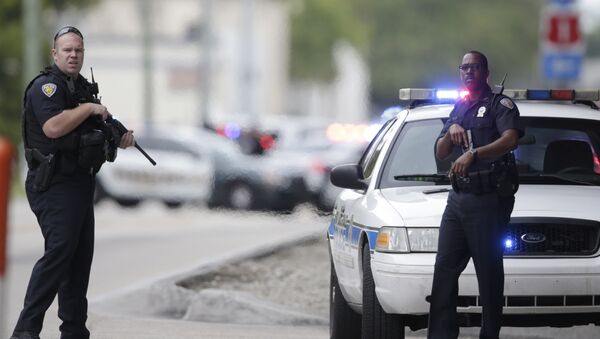 © AP Photo / Lynne Sladky
Subscribe
Fifty-seven percent of US citizens say they have confidence in the police in an increase compared to the last few years, which have been mired by scandals over police shootings of African-Americans, a poll showed on Tuesday.

US Police Say One of Victims of Maryland Murder Involved in Drug-Related Robbery
MOSCOW (Sputnik) — In June 2015, the US public's confidence in police dropped to a two-decade low of 52 percent, the Gallup poll showed. This figure reflected the sentiment felt about the numerous deaths of African-Americans and women at the hands of police officers across the United States, the poll continued.

Despite the improvement in 2017, the poll indicated that confidence remains lowest among African-Americans, with only 30 percent saying that they "have a great deal or quite a lot of confidence in the police" from 2015-2017.

Police shooting incidents triggered a wave of mass protests, including the Black Lives Matter movement, throughout the country between 2015 and 2016.