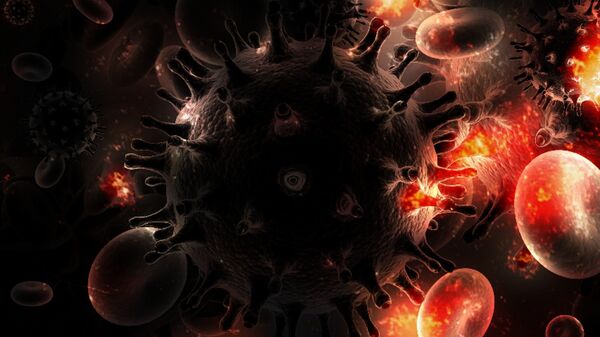 CC0 / /
Subscribe
International
India
Africa
UK Prime Minister Theresa May and Health Secretary Jeremy Hunt announced to the cabinet ministers this morning that the government will launch a probe into a "contaminated blood scandal", which claimed lives of 2,400 hemophiliacs, who were infected with HIV and hepatitis through blood transfusions in 1970-1980s, May's spokesperson said Tuesday.

MOSCOW (Sputnik) — He noted that the government would held special consultations with the people, who were affected by the tragedy, in order to decide which format of the inquiry would be appropriate. He added that it was going to be "a wide-ranging inquiry," which could take form of a judge-led inquiry and an independent panel.

"Jeremy Hunt said that 2,400 people had died and it was necessary to establish the causes of this appalling injustice," May's spokesperson said at a briefing, as quoted by the Evening Standard newspaper.

"It is a tragedy that has caused immeasurable hardship and pain for all those affected and a full inquiry to establish the truth of what happened is the right course of action to take," the spokesperson said.

The announcement followed years of campaigning by the parliament member and former Shadow Health Secretary, Diana Johnson, who called on the government to set up a new probe into the issue on behalf of the victims and their families. On July 7, six opposition leaders supported Johnson’s demand and signed a joint letter to the government. May’s announcement came just hours before the House of Commons was supposed to hold an emergency debate on the issue.

Nine Lives Not Enough: Feline AIDS Threatens Danish Tabbies, Tomcats
The contaminated blood scandal took place in the 1970s and 1980s, when reportedly around 5,000 UK citizens, suffering hemophilia, were infected with HIV, Hepatitis B and C when receiving regular blood transfusion. The transfused blood contained plasma product Factor VIII, produced in the United States. It was later discovered that the blood product was produced using the blood of the inmates of the US prisons, where drug abuse was not rare, which increased the risk of contaminating donor blood.

In 2008, Scottish judge Lord Penrose led the public inquiry into the issue of tainted blood transfusion by the Scottish National Health Service, and its report was published in March 2015, revealing that thousands of people were infected with Hepatitis C and HIV. However, the victims demanded further inquiry, asking for justice and accountability.