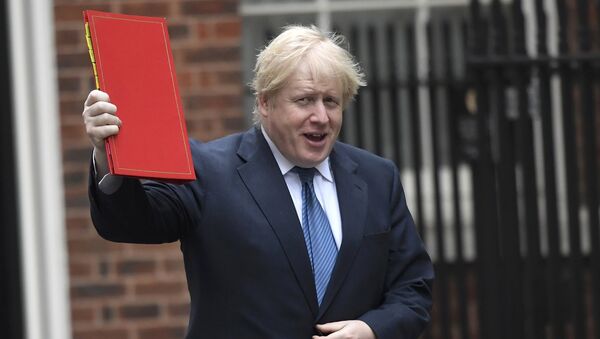 The United Kingdom is not preparing for a "no deal" outcome of the Brexit talks as London is confident to get a good deal, UK Foreign Secretary Boris Johnson said Tuesday.

MOSCOW (Sputnik) — UK Prime Minister Theresa May has stressed that a bad Brexit deal with Brussels is worse than no deal at all.

"There is no plan for a 'no deal' because we are going to get a great deal," Johnson said speaking in parliament.

Brexit negotiations between the United Kingdom and the European Union officially kicked off on June 19, and are due to be completed by March 30, 2019. According to the European Commission, the agenda of the first round of talks is set to focus on "citizens" rights, the financial settlement, the border between Ireland and the Northern Ireland and other separation issues.

Boris Johnson added that the amount of money the European Union could demand from the United Kingdom as a Brexit divorce payment was "extortionate."

In February, former UK Ambassador to the European Union Sir Ivan Rogers said the United Kingdom could face a bill of 40 to 60 billion euros ($45-68 billion) in financial obligations due to its departure from the European Union. However, Brussels has not submitted its final demand yet.

"The sums that I have seen they've proposed to demand from this country seem to me to be extortionate," Johnson said speaking in the UK Parliament.