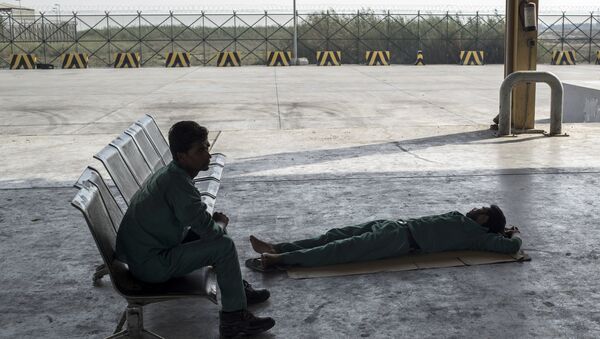 CAIRO (Sputnik) – The meeting was held on Monday on the sidelines of the 44th Council of Foreign Ministers of the Organization of Islamic Cooperation.

US, UK, Kuwait Call for Rapid Settlement of Diplomatic Crisis Around Qatar

“The parties confirmed that the meeting was held as part of the coordination between Egypt, Saudi Arabia, the United Arab Emirates and Bahrain concerning the steps against Qatar over the violation of its commitments as well as its interference in the affairs of Arab states, support for extremism and terrorism,” the Egyptian Foreign Ministry said.

During the conversation, Shoukry pointed out the firm position of Egypt on fighting terrorism and the need for the international community’s responsible approach to eradication of terrorism in all its forms.

In late June, Kuwait acting as a mediator in the crisis, handed over to Doha the ultimatum of the four Arab states with 13 demands, including the requests to severe Qatar’s relations with Iran, close Turkey’s military base in Qatar and shut down the Al Jazeera TV channel, as well as to end support for the Muslim Brotherhood, a terrorist organization banned in Russia.