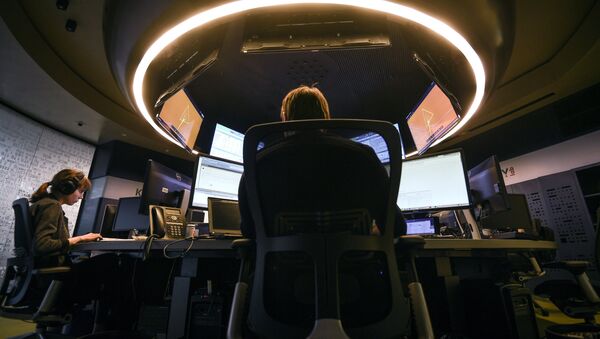 MOSCOW (Sputnik) — Earlier in the day, the Bloomberg news agency published an article in which it said that emails obtained by the agency's Bloomberg Businessweek revealed that the Kaspersky Lab allegedly developed products for Russia's Federal Security Service (FSB) and supported its agents during raids.

"Regardless of how the facts are misconstrued to fit in with a hypothetical, false theory, Kaspersky Lab, and its executives, do not have inappropriate ties with any government. The company does regularly work with governments and law enforcement agencies around the world with the sole purpose of fighting cybercrime," the press release read.

In response to the Bloomberg's allegation that Kaspersky Lab's internal emails showed that the company maintained "a much closer working relationship" with Russia’s intelligence agency than it has officially admitted, the Kaspersky Lab said the emails were misinterpreted by the agency "to try to make the media outlet’s narrative work."

NATO Boosts Cyberdefense, Helps Ukraine in Probe of Recent Hacker Attacks
The company provided examples of its cooperation with law enforcement agencies of various countries, including the Dutch police, which was assisted by the Kaspersky Lab assisted in identifying the authors of the CoinVault ransomware.

Unnamed sources have told the ABC News earlier in the day that the US President Donald Trump's administration could make a decision in the next several days whether prohibit all US federal agencies from using products developed by the Kaspersky Lab because of its alleged ties to Russia's intelligence services.