Clashes Erupt at Refugee Camp on Greek Island of Lesbos 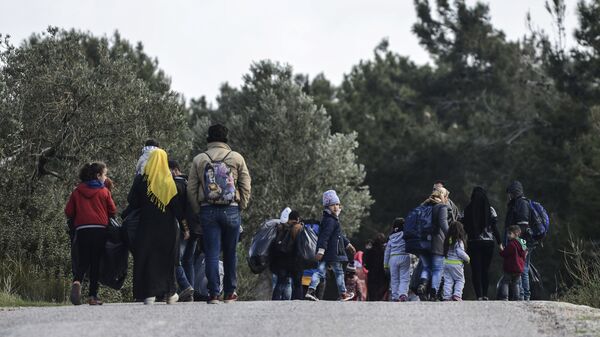 Violent clashes and fire broke out at a reception and identification center for refugees on the Greek island of Lesbos, local media reported.

ATHENS (Sputnik) — According to the Athens News Agency-Macedonian Press Agency (ANA-MPA), the riot erupted on Monday at the Moria camp after police officers came to detain a refugee from Haiti, who was rejected an asylum.

The migrants, mainly from Africa, reportedly started to throw stones at law enforcers, retook the Haitian national from police officers and set the shelters and containers on fire, blocking the fire fighting vehicles from entering the camp.

Berlin Expects Up to 300,000 Refugees to Arrive in Germany in 2017
As a result of the clashes, five containers were completely burned, while three other were severely damaged.  The migrants also burned a large tent for inhabitants of the camp, according to the news agency. Hundreds of people were reportedly forced to leave the camp.

Over 4,100 undocumented migrants and refugees coming from Turkey are accommodated on Lesbos now while all Greek islands host more than 14,500 displaced people.

Europe has been beset by a massive refugee crisis, with hundreds of thousands of migrants and refugees fleeing their home countries in the Middle East and North Africa to escape violence and poverty.