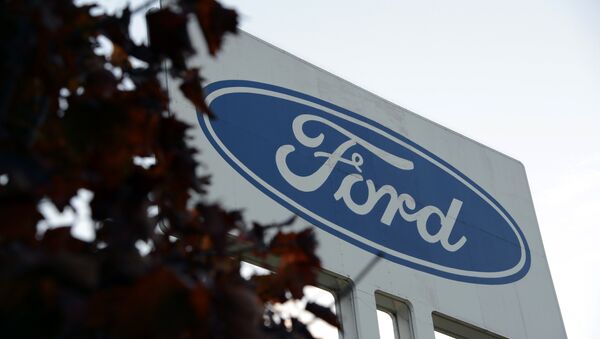 © AFP 2021 / THIERRY CHARLIER
Subscribe
Nearly 6,000 cars with 2.0-liter gasoline engines are being recalled due to poorly welded studs in torque converters - the device that connects the engine to the transmission, Ford announced in a press release on Tuesday.

WASHINGTON (Sputnik) — The recall involves about 5,914 vehicles in North America, including 5,183 in the United States and 32 in US territories, as well as 687 in Canada and 12 in Mexico, the release explained.

"In the affected vehicles, if the welded studs detach, the torque converter will lose coupling to the engine flexplate," the release stated. "This can result in loss of motive power without warning while driving, which may increase the risk of a crash."

The vehicles were manufactured at three Ford assembly plants, two in Mexico and one in Canada, the release noted.

Ford said it knows of no accidents or injuries as a result of the defect.