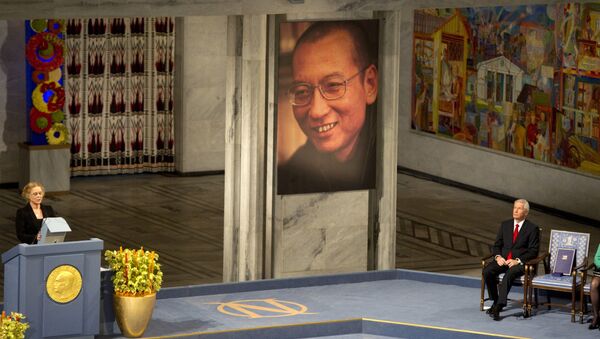 "As for the statement of the German Embassy, I do not have information about the situation described there. As for the statements of German side, I want to say again that we hope that corresponding countries will respect the legal sovereignty and would not interfere in China's inner affairs under the pretext of specific cases," Geng said at a briefing.

Liu was tried for "inciting subversion of state power" in 2009, a year after publishing the Charter 08 manifesto, calling for overhauling democratic reforms in China. He was subsequently convicted and sentenced to 11 years in prison. In 2010, he was awarded the Nobel Peace Prize, triggering a massive diplomatic row between China and Norway. His prison term is expected to be completed by 2020.