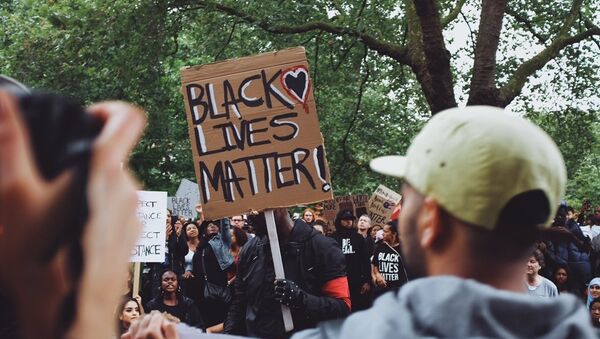 Activists affiliated with the Black Lives Matter Movement are named as defendants in a federal lawsuit filed Friday, in which Johnetta “Netta” Elzie, Deray McKesson, Alicia Garza, Opal Tometi and Patrisse Cullors are being of accused of inciting violence that led to a Louisiana officer being shot and rendered “permanently disabled.”

The suit was filed Friday, reportedly on behalf of an officer who was shot when African-American military veteran Gavin Long opened fire on police in July of last year, killing three officers before being shot dead.

Though the officer isn’t named in the suit, the description matches that of Nicholas Tullier, a sheriff’s deputy in East Baton Rouge Parish who has been at a rehabilitation center in Houston since November 2016.The 42-year-old father of two was shot in the abdomen, shoulder and head, leaving him with brain damage, in the wake of nationwide protests over the police shooting death of Alton Sterling.

According to the suit, McKesson "was in charge of the protests and he was seen and heard giving orders throughout the day and night of the protests," before the demonstration became "a riot."

The document says the activist "did nothing to calm the crowd and, instead, he incited the violence."

When a reporter informed McKesson that he was named in the lawsuit he replied, "This is quite a world."

Long is described in the suit as an "activist whose actions followed and mimicked those of" Micah Xavier Johnson, another black veteran who shot and killed five police officers in Dallas, Texas just days before.

A former US Marine, Long killed three officers and wounded three others near the Baton Rouge Police Headquarters on his 29th birthday using a semi-automatic rifle. The Kansas City, Missouri, native describes himself online as a "Freedom Strategist, Mental Game Coach, Nutritionist, Author and Spiritual Advisor."

In videos posted to YouTube, Long called for African-Americans to respond violently to police killings, saying that death of Alton Sterling should be avenged “through bloodshed. Zero have been successful just over simply protesting. It has never worked, and it never will."

In 2015 Long didn’t follow through with an attempt to legally change his name to Cosmo Ausar Setepenra; he claimed to be a member of the Washitaw Nation, a group of African-Americans who say they are outside the jurisdiction of the US Federal government because they are indigenous to the US.

Notably, before the shooting Long claimed no affiliation to Black Lives Matter or any other social justice organization, saying in one video, "Oh, and this is very important … I just wanted to let you all know: don’t affiliate me with nothing. Yeah, I was also a Nation of Islam member, I’m not affiliated with it. They try to put you with ISIS or some other terrorist group. I’m affiliated with the spirit of Justice, nothing else."