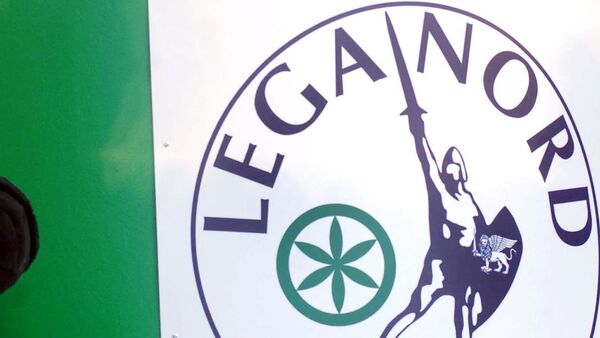 The European Union has strict rules, according to which the member states must define whether arriving migrants are fleeing from war or coming to find financial support, while Italy broke those rules by accepting all migrants coming into country, the head of the national Department of Security and Migration of the Lega Nord party told Sputnik.

MOSCOW (Sputnik) — Toni Iwobi said that "from the political point of view, Europe has requirements, according to which the member states must define who is really fleeing from war and therefore has the rights for asylum."

"Italy did not meet these requirements, it never reported who arrived in the country, and let everyone in through doors wide open. Italy did not define who is really a refugee. And moreover, the country did not take a single security measure when it let in migrants," Iwobi said.

He explained that helping refugees is one thing, but "here the case is economic migrants that arrive from the countries without war."

Italy Should Follow Austria's Example in Border Control - Lega Nord Member
In June, Austrian Defense Minister Hans Peter Doskozil said Austria was ready to deploy 750 servicemen and four armored personnel carriers to the border of Italy. Austria’s Chancellor Christian Kern in a joint statement with Doskozil later explained that Vienna would strengthen control along its border with Italy if there was a risk of a new influx of migrants to the country.

Iwobi reminded that Italy had to allocate a total of 14.5 billion euros ($16.54 billion) to manage the influx of migrants, only 550 million euros of which came from the European Union. He stressed that migration must be "mutually beneficial" and not just about the accepting country spending money.

"Ahead of the coming election the lawmakers have changed their rhetoric, but it is just words so far. Matteo Salvini [head of Lega Nord] is the only one in Italy who demanded from the very beginning to close the ports and prevent the migrants from landing, but he was sharply criticized. And now everyone is speaking about this!" Iwobi said.

In late June, Italy reportedly started considering shutting its sea ports to foreign vessels, as it has become a common occurrence for all types of ships to pick up immigrants at sea and bring them to the Italian territory.

"Lega Nord is not against migration in general, but what is happening in Italy over the past three years has nothing to do with migration," Iwobi stated.

According to the latest data of the International Organization for Migration (IOM), over 101,000 migrants and refugees arrived in Europe by sea in the first six months of 2017 alone, with over 85,000 of them arriving in Italy.