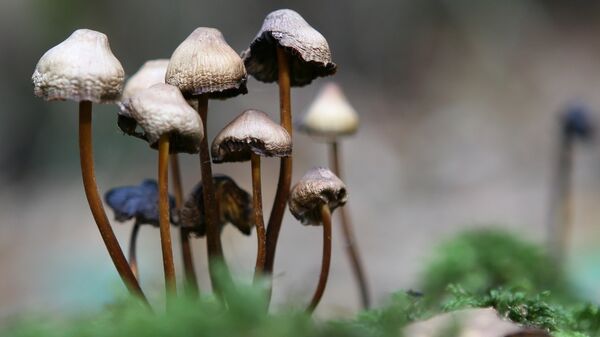 A priest, a rabbi and a Buddhist monk eat a bunch of psychedelic mushrooms. Sounds like the beginning of an absurdist joke, right? But this one’s for real, as religious scholars have volunteered to get high on ‘shrooms and grok their faiths anew, all for the sake of science.

In another in a long series of experiments observing how the spiritual experience alters a person's religious thinking, Johns Hopkins University in Baltimore, Maryland, has enlisted the assistance of a priest, a rabbi and a Buddhist, in addition to many other religious scholars, to discern the effects of psychedelic drugs on the religious experience.

Using the well-known psychoactive properties of the psilocybin mushroom, researchers with the respected university will seek to add to the growing body of knowledge affirming that, in many cases, psychedelic drug use is appropriate, especially when examining systems of belief.

Representing a wide array of faiths, two dozen religious scholars from around the world will be given two powerful doses of carefully refined psilocybin, the psychoactive ingredient in the so-called magic mushroom — or Psilocybe for its taxonomic classification — of which there are over 100 species globally.

"With psilocybin these profound mystical experiences are quite common," stated Dr. William Richards, a psychologist at Johns Hopkins University working with the study.

"It seemed like a no-brainer that they might be of interest, if not valuable, to clergy," Richards added, cited in a report by the Guardian on the scientific research.

Although many organized religions refute the use of illegal natural substances as a means to directly experience religious awareness — as opposed to mentally interpreting existing texts and dogmas — several Catholic, Orthodox and Presbyterian priests, as well as a Zen Buddhist and several rabbis volunteered for the study.

Neither a Muslim imam or a Hindu priest could be convinced to take part, but "just about all the other bases are covered," said Richards.

Prior to administering what are described as two powerful doses given one month apart, the participants were carefully screened.

Sessions during which the religious scholars will be high as the proverbial kite will be conducted in a casual setting with two agreed-upon "guides" present. Participants will be administered the substance and then lie or otherwise relax on a couch, wearing eyeshades and listening through headphones to unnamed religious music as a means of inwardly augmenting the spiritual experience.

World
Role of Religion in 2016: From Spiritual Guidance to Political Affairs

Instructed to "go within and collect experiences," the participants will relay their feelings and observations to their guides in real time, as well as documenting, to the best of their ability, the wordless experience of the infinite as translated through their known religious training and ability to articulate coherently.

"So far everyone incredibly values their experience," Richards asserted, commenting on the ongoing research.

"No one has been confused or upset or regrets doing it," he added.

The anonymous volunteers will be evaluated one year after the research is complete, according to The Guardian.

"It is too early to talk about results, but generally people seem to be getting a deeper appreciation of their own religious heritage," Richards commented.

"Dead dogma comes alive for them in a meaningful way. They discover they really believe this stuff they're talking about," he said.

Currently, Richards has noted a shift in thinking away from specific belief systems, toward a universal spirituality.

The religious scholars participating in the study "get a greater appreciation for other world religions," he remarked. "Other ways up the mountain, if you will."

The John Hopkins researchers are only one of many scientific groups making a global case for incorporating psychedelic drugs — including psilocybin, LSD and MDMA — in healing a person's emotional body and raising their spiritual awareness.

The active ingredient in magic mushrooms, psilocybin has also been scientifically documented as being effective at easing the anxiety of cancer patients at the end of their lives, according to the Guardian report.

Other uses for psychoactive drugs have been documented in addressing those diagnosed with post-traumatic stress disorder, alcoholism and severe depression.