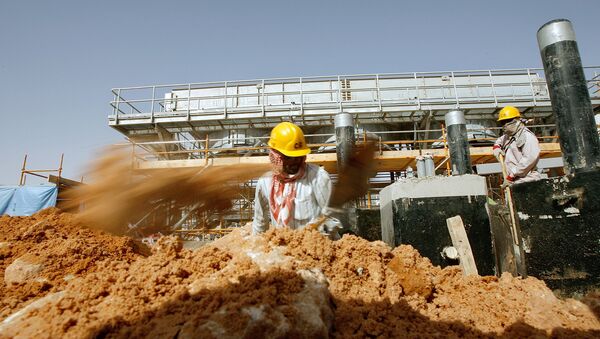 © AFP 2021 / MARWAN NAAMANI
Subscribe
Oil-producing countries are finding a variety of ways to cope with plummeting oil prices, including cuts to social spending and a "sin tax" on cigarettes.

OPEC Mulls Imposing Limits on Oil Production for Libya, Nigeria
Since the price of oil collapsed by more than 50 percent in late 2014, oil-producing countries have found several ways to cope with the change. Brent crude, which was trading at $114 per barrel in mid-2014, has been trading at under $50 per barrel since the beginning of June.

One of the hardest-hit countries is Algeria. On Tuesday, the North African country's President Abdelaziz Bouteflika called for broad support for an economic reform package designed to tackle a public budget deficit that resulted from the lower oil price.

Oil and gas exports currently account for 60 percent of Algeria's budget, and the government wants to develop non-energy industries and make cuts to social spending.

"Our country faces a huge reduction in its external earnings and a deterioration in its balance of payments, even if it retains its sovereignty in social and economic decisions," Bouteflika said in a written message on the 65th anniversary of Algeria's independence from France.

"I renew my call for the people to work for and implement in a sovereign manner, the necessary economic reforms." 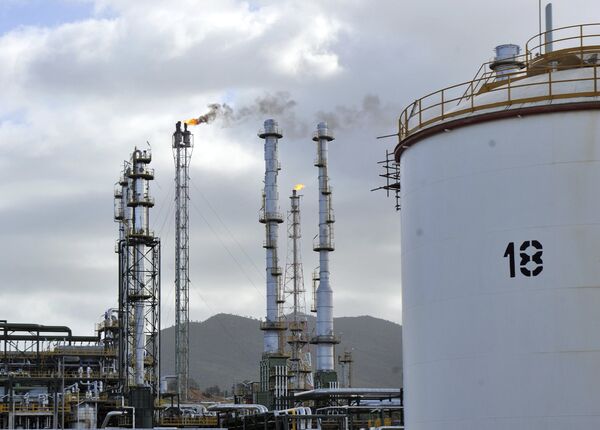 Skikda oil refinery, 350 kilometers east of Algiers, Algeria (File)
© AP Photo / Anis Belghoul
In Saudi Arabia, where petroleum accounts for roughly 87 percent of budget revenues, 42 percent of GDP and 90 percent of export earnings, the government has produced the ambitious Vision 2030 program, which aims to achieve a rapid diversification of the country's economy.

In the short term, Riyadh is cutting public spending and removing subsidies. Last month, it was reported that a so-called "sin tax" has been levied on certain goods such as cigarettes and carbonated drinks, increasing the prices by up to 100 percent.

Venezuela has the largest proven oil reserves in the world, estimated at 300,000 billion barrels. However, Venezuela's oil output fell to 1.956 million barrels per day in April, down more than 15 percent from 2015 levels.

Moscow, Hanoi Agree to Expand Oil Production on Vietnam's Continental Shelf
Amid crippling inflation, Venezuela's state-owned PDVSA oil and natural gas company is struggling to find the cash to invest in new oilfields and the government has been unable to maintain social spending and provide imported necessities, leading to social unrest.

Despite this, recent data from the US Energy Information Administration (EIA) has provided some good news for oil producers and investors, showing a recent decrease in US oil stocks. Crude oil inventories slumped by 6.3 million barrels in the week to June 30 to 502.9 million barrels, the lowest since January and the first time this century that US total oil inventories fell in the March-June period.