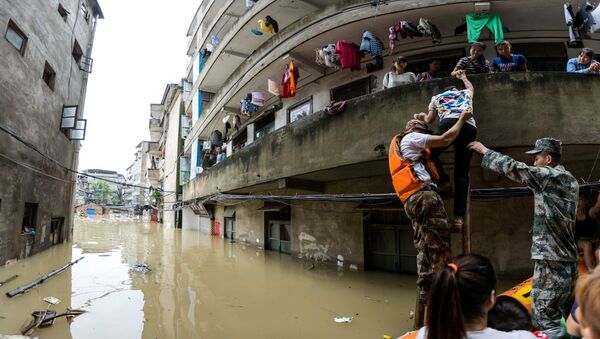 Floods in Southern China Kill 30 People, Leave 15 Missing
BEIJING (Sputnik) – The heavy rainfalls started on July 1 and resulted in the floods in 13 cities in the Guangxi region with Guilin, Nanning, Wuzhou, Baise, Guigang, Hezhou, Qinzhou and Beihai being the worst hit ones, the CCTV broadcaster reported.

About 1.9 million people were affected by the floods with around 185,000 of them having been evacuated.

Devastating floods regularly hit China with the deadliest ones having occurred in 1931 when the overflows left from 145,000 to 4 million people dead.