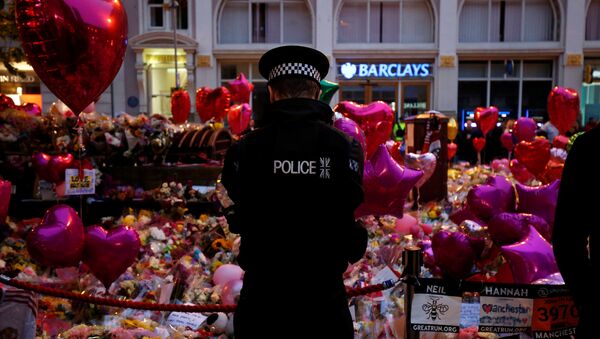 A-19-year-old man was arrested in connection with the investigation into the attack at Manchester Arena, according to the statement of police.

Manchester Police Release Three People Arrested in Relation to Terror Attack
MOSCOW (Sputnik) — A 19-year-old man has been arrested as a part of the investigation into the deadly Manchester terrorist attack, police said in a statement Friday.

"A man has been arrested in connection with the investigation into the attack at Manchester Arena. A-19-year-old man was arrested at Liverpool John Lennon Airport on Friday 7 July 2017. He was arrested on suspicion of offenses contrary to the Terrorism Act and remains in custody," the statement read.

All Manchester Attack Suspects Freed Without Charge - UK Counter Terror Policing
A property in Fallowfield is being searched as part of the investigation, the police added.

A total of 23 people have been detained in connection to the attack, with one remaining in custody.

On May 22, an explosion occurred at the entrance to Manchester Arena at the end of US singer Ariana Grande's concert, claiming the lives of at least 22 and injuring almost 120 others.