US to Continue THAAD Deployment in S. Korea Despite Russia, China Opposition 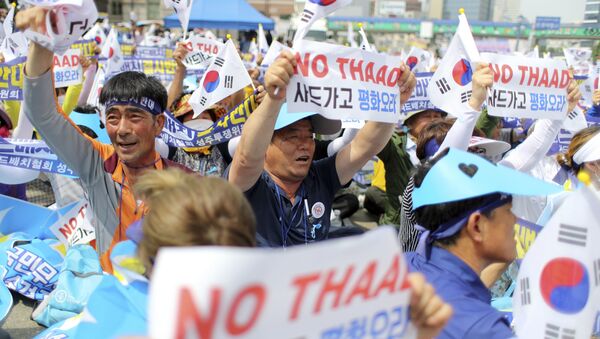 "[The opposition] is not going to change where we stand on the issue," Nauert stated. "We had lots of discussions about the importance of THAAD, the alliance’ decision that was made and the reason that those decisions were made to deploy THAAD in the first place…I just can’t see that changing."

On Tuesday, Russia and China released a joint statement opposing the deployment of US THADD missile defense systems in Northeast Asia, which they say impacts the interests of strategic security of regional states and does not contribute to the goals of denuclearization of the Korean peninsula.

Earlier on Tuesday, Pyongyang said it carried out a successful launch of its first intercontinental ballistic missile, the Hwasong-14, which fell into the Sea of Japan.