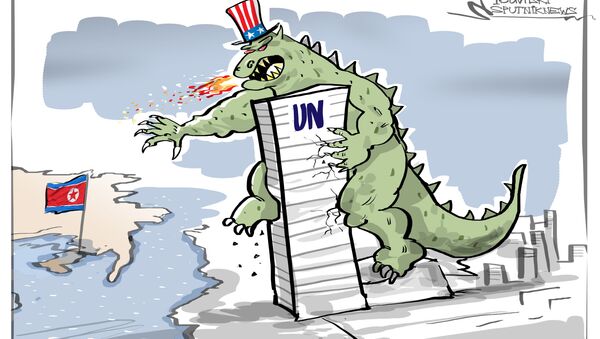 As North Korea continues to beef up its missile program, the United States warned that it might use military force against Pyongyang or sever trade relations with China if the international community fails to take strong action, as both Russia and China warned against any further escalation of a tense situation in their backyard.

Korean Knot: Only Russia and China Can Stop Pyongyang's Military Muscle-Flexing
On Tuesday, North Korea announced it successfully launched its first intercontinental ballistic missile. Pyongyang claimed the missile reached an altitude of 1,740 miles during its 39-minute flight before accurately hitting an intended area in the Sea of Japan

US Ambassador to the United Nations Nikki Haley insisted during an emergency meeting of the Security Council on Wednesday that North Korea's actions were "quickly closing off the possibility of a diplomatic solution," leaving Washington few options except military force.