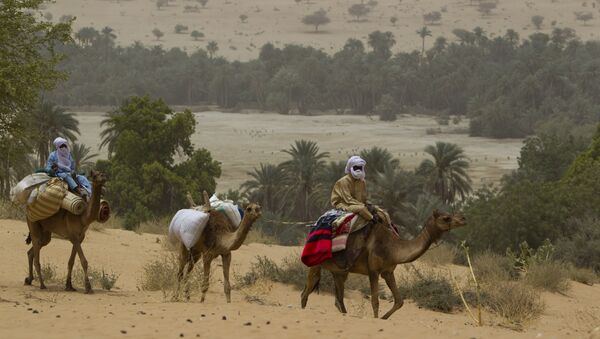 Weather changes as a result of global warning are forecast to cause destruction in many regions, but the Sahel region of Africa could be a winner, according to climate modeling.

Dark Side of Global Warming: Exotic Parasites 'Knocking on Sweden's Door'
One of Africa's driest regions could be transformed into a very wet one over the next century as a result of global warming, a new study has found.

Located south of the Sahara and north of the more humid Sudanian Savanna, the Sahel Belt extends from Senegal in the west of the continent to Sudan in the east. An area of semi-arid grassland, the people who live here depend on agriculture and pastoralism for their livelihood, which is negatively affected by drought.

However, all that may be about to change thanks to global warming. According to the climate models produced by the Potsdam Institute for Climate Impact Research (PIK), the warming of the surrounding oceans will cause a sudden and substantial increase in Sahel rainfall. At the same time, winds from the Atlantic will become stronger and further import moisture to the region.

"More rain in a dry region can be good news," co-author of the study Jacob Schewe said in a press release.

"Climate change due to greenhouse gases from burning fossil fuels really has the power to shake things up. It is driving risks for crop yields in many regions and generally increases dangerous weather extremes around the globe, yet in the dry Sahel there seems to be a chance that further warming might indeed enhance water availability for farming and grazing."

Coral Reefs Suffer Under Climate Stress, But Curbing Pollution Can Help
Despite the possible benefits for the Sahel, co-author Anders Levermann warned that the change would "pose a huge adaptation challenge" to the region, where over 30 million people currently face food insecurity as a result of droughts and floods.

"From Mauritania and Mali in the West to Sudan and Eritrea in the East, more than 100 million people are potentially affected that already now are confronted with a multifold of instabilities, including war. Particularly in the transition period between the dry climatic conditions of today and the conceivably much wetter conditions at the end of our century, the Sahel might experience years of hard-to-handle variability between drought and flood."

"Obviously, agriculture and infrastructure will have to meet this challenge. As great as it hopefully would be for the dry Sahel to have so much more rain, the dimension of the change calls for urgent attention," Levermann said.