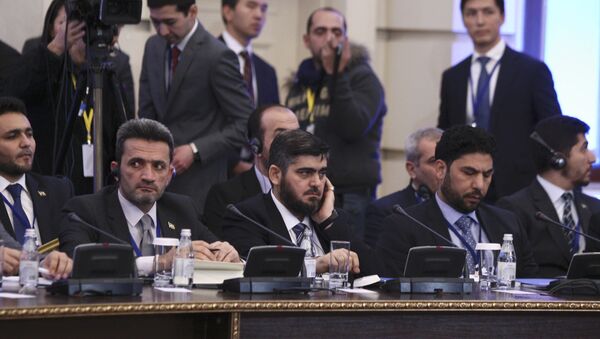 Presence of Russian Military Police in Syria 'Buffer Zones' Not Ruled Out
ASTANA (Sputnik) — Defining the exact borders of the four deescalation zones in Syria and the monitoring procedures are the main issues on the agenda at the fifth international meeting on Syria currently being held in Astana.

"In the case of the continuation of fighting in Syria's south, all agreements, unfortunately, will be forgotten, and fronts in all regions will open," Abdel Rahim said.

On July 3, the Syrian Army announced a halt on fighting in the country's south until July 6 in order to support the peace process, according to the Syrian media reports.

The fifth international meeting on Syria in Astana is taking place on July 4-5, bringing together the delegations from the three guarantor states — Russia, Iran and Turkey — as well as the Syrian sides and the United Nations teams. Jordan and the United States act as observers.