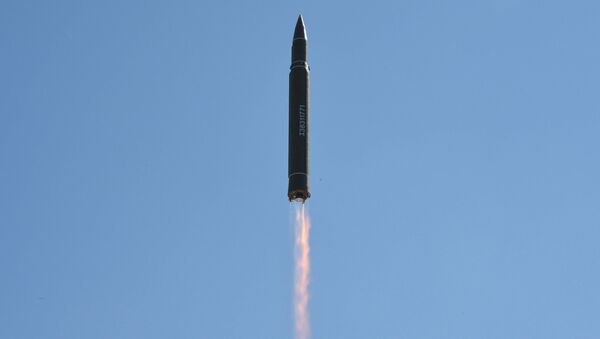 Opening talks with Arab League Secretary-General Ahmed Aboul-Gheit this morning, Lavrov said that Russia is "interested in this role being further strengthened, and that the League's activities are truly inclusive in the participation of all Arab states without exception."

Riyadh-Led Ultimatum Threatens to 'Make Qatar Vassal of Saudi Arabia'
Lavrov said that the Middle Eastern issues have been discussed, including the Israeli-Palestinian conflict and the Qatari diplomatic row. The foreign minister said that dialogue is needed to resolve tensions between Qatar and some of its Arab neighbors.

Russia supports all initiatives aimed at a thaw in the Persian Gulf, Lavrov said, adding that President Vladimir Putin discussed the Qatar crisis with both the Saudi side and Doha.

"If all the countries involved believe that we can do something more in order to help overcome differences and resolve concerns, we will be ready to respond to a respective address," Lavrov added.

The Syrian crisis and de-escalation zones in particular were also discussed with Russia convincing the Arab League that the zones would lead to national reconciliation, not division, Ahmed Aboul-Gheit said.

"We hope that there will be real progress with regard to the determination of specific and geographic parameters related to the operation of de-escalation zones," Lavrov told reporters during talks with the Arab League secretary general.

When asked whether Russia knows which type of missile that was launched by North Korea on Tuesday, Lavrov confirmed the information stated by the Russian Defense Ministry.

While the US believes that North Korea has successfully launched an ICBM for the first time, the Russian Defense Ministry said that the missile's type was medium-range, not intercontinental.

Lavrov added that the aim to denuclearize the Korean peninsula "shouldn't be used as a pretext for regime change in the DPRK."

"Any attempts to justify a military decision, using as a pretext [UN] Security Council resolutions, are unacceptable and will lead to unpredictable consequences in this region, which is adjacent to both the Russian Federation and the People's Republic of China. Attempts to economically strangle the DPRK are unacceptable too."

US Considering Response to N Korea Missile Launch, Including Sending More Troops
He said that the Russia-China joint initiative on the North Korean issue would be presented at the UN Security Council today.