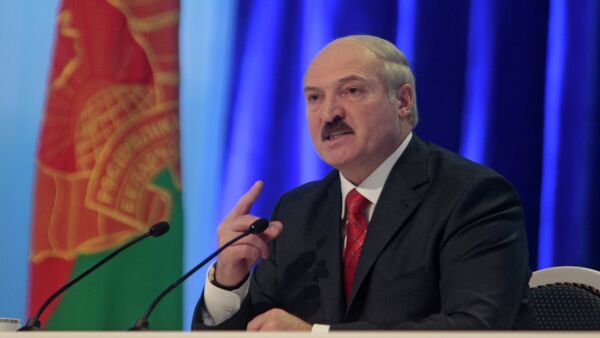 Authorities of Belarus cannot abolish the death penalty in the country, since the people voted for its preservation at the referendum, Belarusian President Alexander Lukashenko said Wednesday.

Berlin to Ban Possible Turkish Rallies on Proposed Death Penalty Reintroduction
MINSK (Sputnik) — The Belarusian president, at the same time, expressed confidence that his country would gradually come to the solution of this issue.

"We are called to abolish the death penalty. We are hearing the proposals. But not a single country can oppose the people's will, the overwhelming part of which voted at the referendum for its application," Lukashenko said at the official opening of the annual session of the Parliamentary Assembly of the Organization for Security and Co-operation in Europe (OSCE) in Minsk.

Belarus is the only country in Europe where the capital punishment is applied. In 1996, the issue of death penalty abolition was put in Belarus to a national referendum, and almost 80.5 percent of its participants voted for its preservation. The existence of the death penalty is called the main obstacle to the restoration of Belarus in the status of a special guest in Parliamentary Assembly of the Council of Europe (PACE).