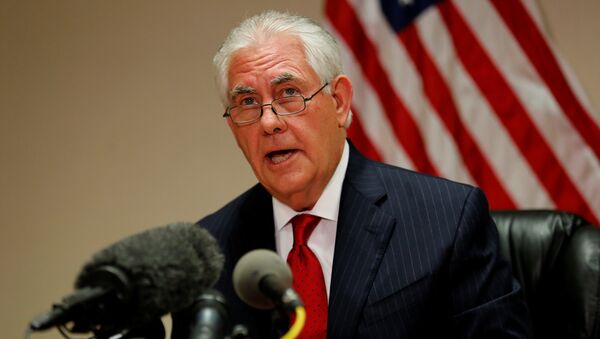 World
UN Secretary-General Condemns Latest North Korea’s Missile Launch – Statement
WASHINGTON (Sputnik) — “The United States strongly condemns North Korea's launch of an intercontinental ballistic missile. Testing an ICBM represents a new escalation of the threat to the United States, our allies and partners, the region, and the world … The United States seeks only the peaceful denuclearization of the Korean Peninsula and the end of threatening actions by North Korea. As we, along with others, have made clear, we will never accept a nuclear-armed North Korea,” Tillerson said in a statement.

North Korea announced  on Tuesday that it had successfully launched its first intercontinental ballistic missile, the Hwasong-14, at 00:30 GMT. It said the missile traveled 580 miles and reached an altitude of 1,740 miles during its 39-minute flight before "accurately hitting the target waters" in the Sea of Japan.