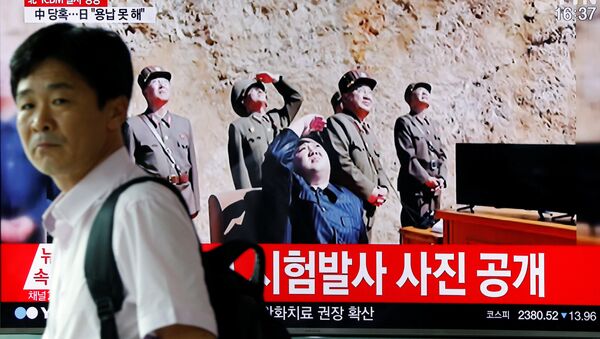 MOSCOW (Sputnik) — Ryabkov pointed out that Moscow's proposals on North Korea boil down to multilateral dialogue and avoiding escalation.

"North Korea's new missile launch is another reminder that other options simply do not exist if we do not want to slip into a completely uncontrolled, potentially catastrophic situation," he said.

"We are alarmed, worried and are following what is happening with a great sense of apprehension for the situation in Northeast Asia," Ryabkov said.

The Russian Defense Ministry said its warning system indicated the Hwasong-14's flight distance and altitude corresponded to the characteristics of a medium-range ballistic missile.