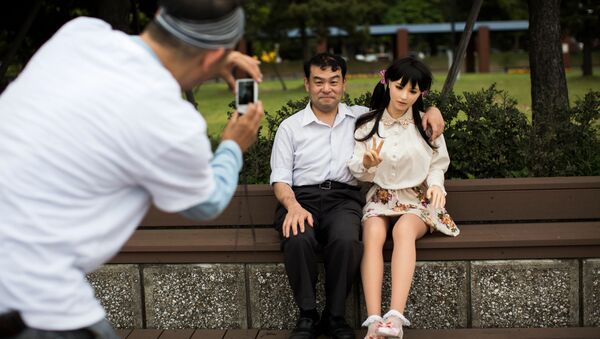 An increasing number of Japanese men are finding true love in silicone sex dolls. However, for these men the reasons for such an unusual companionship is sometimes more than just sex.

Masayuki Ozaki’s marriage lost its spark some years ago and although he still lives in the same house with his wife and daughter, he also has a live-in girlfriend, a life-sized doll called Mayu.

Ozaki, a 45-year-old resident of Tokyo, admitted to having felt a deep sense of loneliness before “meeting” Mayu.

"After my wife gave birth we stopped having sex and I felt a deep sense of loneliness," the 45-year-old physiotherapist told AFP in an interview.

"But the moment I saw Mayu in the showroom, it was love at first sight," Ozaki said. 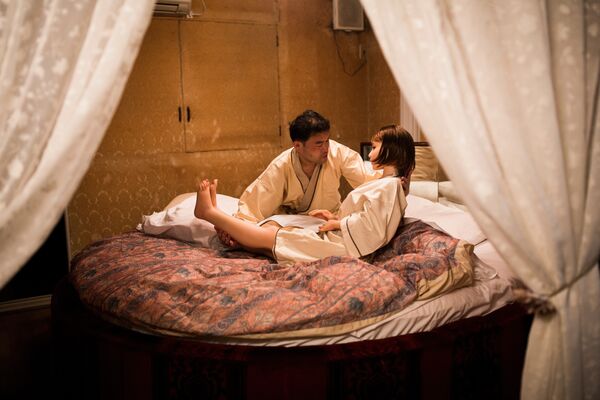 Today, he takes his doll on dates in a wheelchair and dresses her in wigs, sexy clothes and jewelry.

Recalling his wife and daughter’s reaction to his new companion, Ozaki said that they were furious with him and there were many scandals in his home. His daughter freaked out saying that it was “gross” but eventually after sometime they managed to come to terms with it.

"I just get on with the housework. I make dinner, I clean, I do the washing. I choose sleep over sex,” Ozaki’s wife, Riho said. 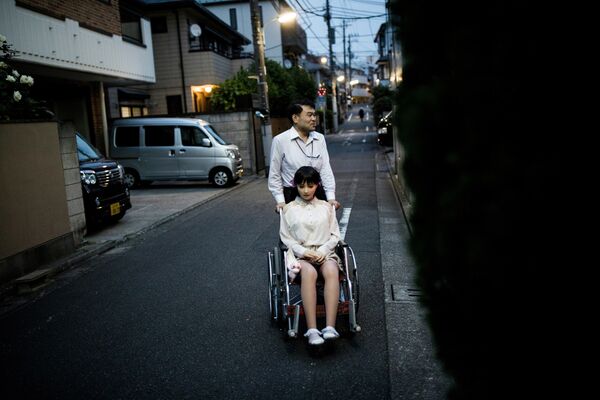 In this picture taken on May 9, 2017, physiotherapist Masayuki Ozaki stands with his silicone sex doll Mayu outside his apartment in Tokyo.
© AFP 2022 / Behrouz MEHRI

Hideo Tsuchiya, managing director of doll maker Orient Industry, said that technology has come a long way since the inflatable dolls of the 1970’s and today silicone dolls look and feel unbelievably real.

The dolls are especially popular with disabled customers, widowers, mannequin fetishists and some men who prefer avoiding human relationships.

"People always want something from you like money or commitment," Nakajima said, AFP reported. 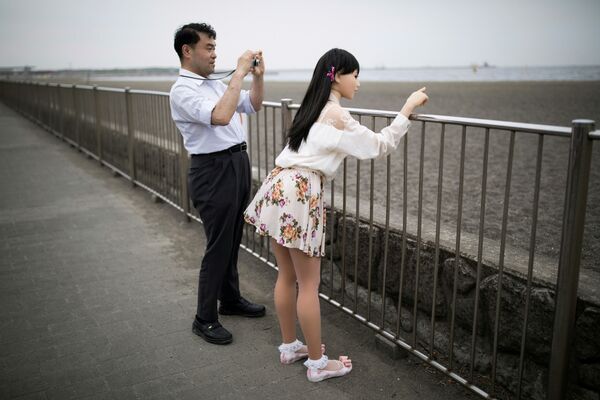 He and his rubber squeeze have framed photos together at his home and he even takes her skiing and surfing.

Nakajima had a fall out with his family after getting involved with Saori but he doesn’t regret it.

"I'll never date a real woman again — they're heartless. I wouldn't be able to take a bath with Saori, or snuggle up with her and watch TV," he said, slipping the doll into some racy purple lingerie.

"I don't want to destroy what I have with her,” Nakajima said.

According to another Tokyo resident whose home is full of dolls and Japanese erotica, Yoshitaka Hyodo, in the future more guys will choose relationships with dolls because according to him, “It's less stress and they complain a lot less than women.”

"People might think I'm weird, but it's no different than collecting sports cars. I don't know how much I've spent but it's cheaper than a Lamborghini," Hyodo noted.

As researchers continue to work to develop next-generation sex dolls which will be able to talk, laugh and even simulate an orgasm, it is possible that the rising demand for silicone temptresses will only rise in the future.