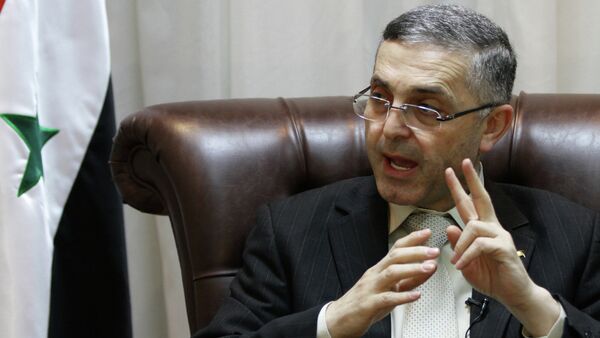 The Astana consultations on Syria have already brought concrete results contributing to the political process in the country, while the Geneva talks is much less effective, Syrian Minister of State for National Reconciliation Affairs Ali Haidar said.

Future Syrian Reconciliation Committee to Comprise Only Syrians – Minister
MOSCOW (Sputnik) — "Speaking of the [Astana] platform, it has managed to bring concrete results contributing to the political process. The Geneva format does not stand any comparison to it in terms of effectiveness," Haidar said in an interview with Russia's Izvestia newspaper published on Wednesday.

The minister refuted statements accusing Russia of trying to undermine the talks in Geneva by means of the Astana process.

"First of all, we do not doubt that Russia is a friendly country to us. It has been supporting the Syrian people from the very beginning. And we believe that Moscow supports any format that can contributes to the settlement of the crisis in Syria, meaning both Astana and Geneva," the minister said.