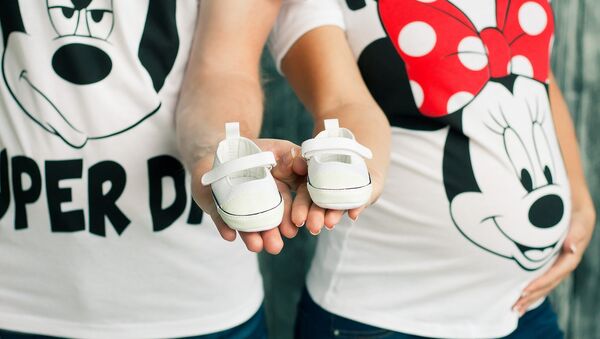 CC0 / Pixabay /
Subscribe
People struggling with infertility issues are increasingly turning to IVF clinics in Europe as funding in the National Health Service (NHS) in England dries up. A new survey has found increasing numbers trying their luck in Spain, Greece and the Czech Republic.

In Vitro Fertilization (IVF) was invented in Britain by Dr. Patrick Steptoe and Dr. Robert Edwards and the first "test tube baby," Louise Brown, was born in Oldham, Greater Manchester, in 1978.

During IVF, an egg is removed from a woman's ovaries and fertilized with sperm, either from her partner or from a donor, in a laboratory. The embryo, is then returned to the woman's womb to grow and develop just like a normal fetus.

But cuts to NHS budgets made under the Conservative government have led many clinical commission groups (CCGs) in England to slash funding for IVF and other fertility treatment.

A survey of CCGs in England has found 12 have slashed services and 15 are consulting on cutting NHS fertility treatment.

Five areas — Croydon, Mid-Essex, North East Essex, South Norfolk, Basildon and Brentwood — have stopped providing it altogether and two-thirds of CCGs are only paying for the first IVF cycle, which puts immense pressure on the couple.

"England pioneered IVF 40 years ago, yet that achievement literally means nothing if we continue to refuse to treat people who need medical help in order to become parents," said Susan Seenan, chief executive of Fertility Network UK.

The NHS's own guidelines are that couples under 40 should be offered up to three cycles of IVF.

Who can have #IVF on the NHS?https://t.co/kR0wM1LGLT

But the campaign group, Fertility Fairness, has found 98 percent of England's CCGs do not offer the IVF gold standard that is available in Scotland: three full IVF cycles for women under 40, including access for couples with children from previous relationships.

A survey by Fertility Network UK and Dr. Caroline Phillips, from Fertility Clinics Abroad, has found that six out of 10 people were thinking of having treatment in Spain.

Greece, Cyprus and the Czech Republic were other popular destinations but some had even considered traveling as far away as Nigeria and South Africa.

"Infertility is a disease of the reproductive system and it's as deserving of treatment as any other condition. For your healthcare to depend on your postcode is vastly cruel, unethical and unfair," Catherine Hill, a Fertility Network spokesperson told Sputnik.

"Over the last few years we have seen a sustained disinvestment in fertility treatment in England.

"It's very clear that people are traveling overseas because they can't access treatment in this country and paying for it privately is so expensive. It's actually a false economy because the surveys we have done show high levels of depression and anxiety as a result of fertility issues.

"Around 90 percent of people report being depressed and 42 percent feel suicidal," she said.

There are also concerns about the standard of hygiene and care in some overseas clinics.

"If you are considering fertility treatment abroad it is important to consider the differences in terms of regulations around the use of anonymous donors and the number of embryos that can be transferred; there are much higher risks to both mother and baby from twin (or triplet) pregnancies," Ms. Seenan told Sputnik.

Britain has a policy where only one embryo can be transferred, to reduce the risks of multiple births, which are more risky, especially in older mothers.

But there are no such laws in Greece, the Czech Republic and Spain. Greece allows two embryos to be transferred and the other two allow up to three embryos.

Do you live in the west Herts area? Your NHS #IVF services could be under threat. To find out more, please attend… https://t.co/oTYBPzRrP7

Claire Thomas, 33, from Dorchester, went to the Czech Republic to conceive her son Eddie in September 2015.

She was refused NHS funding because her husband Mark, 52, had children from a previous marriage.

The couple decided to transfer just one of their four embryos.

"They didn't try and pressure us to have all of them so we just had the one, and we were really lucky it worked," said Ms. Thomas.

Britain's birthrate is estimated to be falling. Several other countries — Italy, Japan and China — have offered various incentives to couples to have children because they are worried about their ageing societies and the lack of people of working age in 20 or 30 years' time.