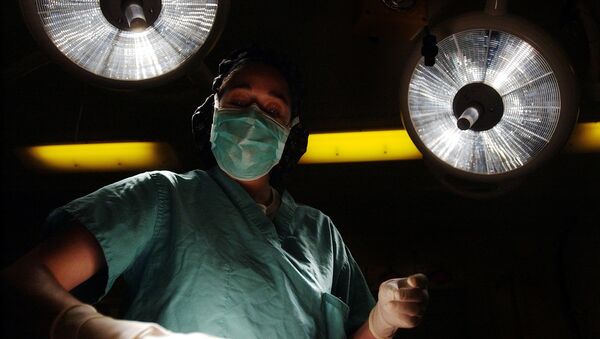 For the first time in the history of Russian surgery, a retinal prosthesis was implanted in a patient with complete sight loss, giving him the opportunity to see the world again in a month.

On June 30, scientists and doctors from the Research and Clinical Center of Otorhinolaryngology at the Federal Biomedical Agency of Russia successfully completed a surgery process to implant a bionic eye, connecting it to the nervous system of a 59-year-old patient from Chelyabinsk who completely lost his sight due to a progressive disease.

"This is the first operation, and in the nearest future, we plan to conduct another similar surgery. We are currently selecting a patient for the second implantation; this complex multi-stage selection will be completed in about a month," Igor Tikhomirov, a representative of the "Art, Science and Sport" fund supporting such operations told Sputnik.

According to doctors, the vision won't come back to the patient immediately after the completion of the operation. For the next few weeks, doctors will monitor the restoration of his eyes and the way the body accepts the implanted prosthesis. When these processes are complete, specialists will attempt to "switch on" the patient's eyes in about two to three weeks.

The retinal prosthesis used for implantation, Argus II, is one of the most modern and advanced bionic eye systems developed by scientists in recent years. Created by the US company Second Sight, it was presented to the public for the first time in 2009. 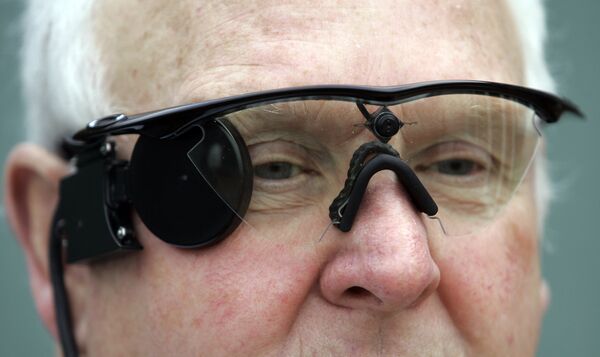 In this photo taken Saturday, Feb. 12, 2011,Eric Selby poses for a photograph with a "sight" camera fitted in a pair of glasses, which works in conjunction with an artificial retina implant called the Argus II fitted in his right eye, enabling him to detect light, in Coventry, England.
© AP Photo / Martin Cleaver

Pentagon’s DARPA Delivers ‘Luke Skywalker’ Bionic Arms (VIDEO)
Besides an implant which consists of 60 electrodes, the system, which costs about 140 thousand dollars, includes a digital camera mounted on eyeglass frames. It obtains images of the user's surroundings and wirelessly transmits signals to a computerized image processor connected by cables to the implant. The Argus II allows blind people to see black and white lines and distinguish large letters and words.

Tikhomirov also added that the 4.5-hour operation was carried out with the participation of Second Sight specialists, including a surgeon from the University of Manchester, who participated in the very first Argus II implantation in the United States.

The successful completion of the surgery, according to its sponsors and doctors, will help restore the sight of some 50,000 Russians who were left blind as a result of retina destruction. It will also pave the way for the localized production of Argus II and similar implants, which will help to reduce their cost.