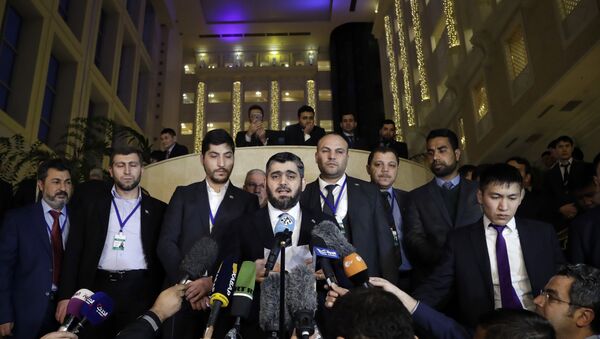 The Kazakh Foreign Ministry spokesman said that Mohammed Alloush would head the armed Syrian opposition delegation to the fifth round of the Astana talks on Syria.

UN Special Envoy for Syrian Staffan de Mistura will arrive in the Kazakh capital of Astana for the talks on Syrian reconciliation late on Monday, Jainakov added.

The head of the Turkish delegation, as well as the delegation of Jordan, are expected to arrive at night, Jainakov added.

He also confirmed the arrival of the delegation of official Damascus, led by Syria's Envoy to the United Nations Bashar Jaafari.

The two-day round of the Astana talks on Syrian reconciliation is set to kick off on Tuesday. The parties are expected to work on approval of borders and maps of the de-escalation zones, as well documents regulating the activities of de-escalation control forces and the provisions on a coordination center.