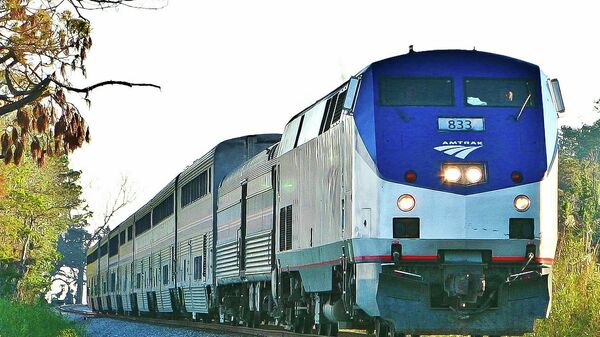 The train derailed in Steilacoom, near the Chambers Bay Marina, with cars tipping nearly into the water. However, there appear to be no casualties and only minor injuries have been reported so far, Ed Troyer of the Pierce County Sheriff's Office told local station Komo News. No one from the train, which was carrying around 200 passengers, is believed to have fallen into the water.

Four cars have gone off the tracks and others are believed to be in danger of sliding in.

Police, fire, medical and other emergency services are on the scene.

The Gig Harbor police tweeted footage of the train lying on its side near the water.

Police are apparently bringing the injured to the marina.

Amtrak's most recent derailments were both at New York's Penn Station, one in late March and one in early April. Both caused huge delays at the major transit hub.

The cause of the accident is not yet known. ​The Gig Harbor Police Department is also helping local environmental officials set up pollution control booms to help prevent fuel from leaking from the cars into the water of the bay.

Chambers Bay is some 40 miles from Seattle and less than 25 miles from the capital, Olympia.