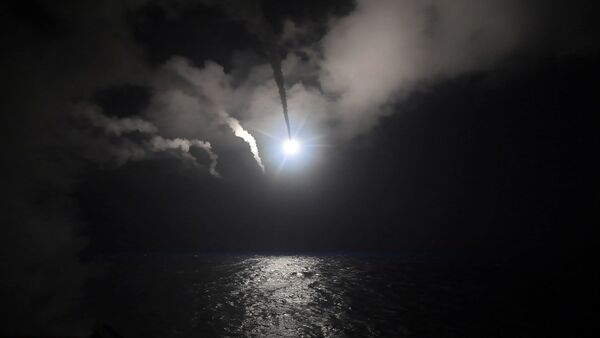 It appears that President Trump is trying to discredit Syrian President Bashar al-Assad to undermine the positions of Russia and Iran in Syria and reinforce the US-backed militants on the ground, geopolitical analyst Pierre-Emmanuel Thomann told RIA Novosti, commenting on the recent chemical weapons allegations.

US President Trump is deliberately seeking to discredit the government of the Syrian President Bashar al-Assad to counterbalance Russia and Iran in the Middle East, Pierre-Emmanuel Thomann, Director on geopolitical studies at the Brussels-based European Institute of International Relations (IERI), suggested in an interview with RIA Novosti.

"President Donald Trump believes that the United States has lost lots of its points in Syria, and he is seeking ways to discredit the government of Bashar al-Assad in order to counterbalance the influence of Russia and Iran [in the region]," Thomann said, commenting on the White House's previous statement on the alleged "preparations" for a chemical attack by the Assad government.

Collateral Damage or Gas Attack? Why WH's Assad Accusations are Flawed
"The United States has identified potential preparations for another chemical weapons attack by the Assad regime that would likely result in the mass murder of civilians, including innocent children. The activities are similar to preparations the regime made before its April 4, 2017 chemical weapons attack," White House press secretary Sean Spicer said June 26 threatening that the Assad government "will pay a heavy price" if it launches the attack.

However, just a day before the White House's statement was issued, Pulitzer Prize-winning investigative journalist Seymour Hersh had revealed that the US military in Syria did not share the Trump administration's stance regarding the much-discussed April 4 chemical attack.

"We KNOW that there was no chemical attack. The Syrians [Syrian Arab Army Air Force] struck a weapons cache (a legitimate military target) and there was collateral damage. That's it. They did not conduct any sort of a chemical attack," an American soldier on ground wrote to a security adviser on April 6. 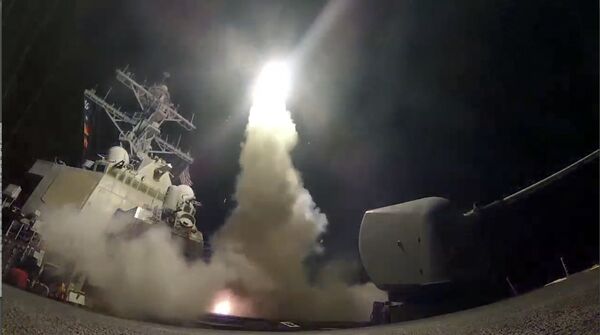 However, it appears that Hersh's article was completely overlooked by Washington decision-makers.

US Ambassador to the United Nations Nikki Haley not only rushed to blame the Assad government for "further attacks" but also accused Russia and Iran of "supporting [Assad] killing his own people."

​"Any further attacks done to the people of Syria will be blamed on Assad, but also on Russia & Iran who support him killing his own people," Haley tweeted.

To add more fuel to the fire, the CNN news channel reported June 28 that the Pentagon had allegedly deployed aircraft and warships and was ready to strike the Syrian Arab Army's (SAA) positions if ordered by Trump.

According to Thomann, the White House's moves resemble nothing but "the shaping of public opinion in order to strengthen the US position, perhaps through more massive air strikes" against the SAA.

How US Military-Industrial Complex Forming Trump's Syrian Policy
The expert believes that "the weakening of the Assad government will reinforce the [Syrian] insurgent coalition supported by the United States."

At the same time, Thomann highlighted that "up until now it has not yet been possible to find out who was behind the [alleged] chemical attacks in Syria."

Commenting on the recent developments, al-Asad told Sputnik Arabic that the new wave of claims about chemical weapons in Syria is needed to distract attention from the "landslide victories of the Syrian army in the Syrian Desert on the border with Iraq and its effective cooperation with the Iraqi People's Mobilization Forces (PMF), also known as the Popular Mobilization Units (PMU), (Al-Hashd Al-Sha'abi)."

Before any investigation into the issue was conducted, Washington launched 59 Tomahawk cruise missiles at the Syrian governmental military Shayrat airfield on April 7 as "retaliation" for the alleged chemical strike.