Gerasimov Doctrine, or How a Russian General Became the West's Biggest Boogieman 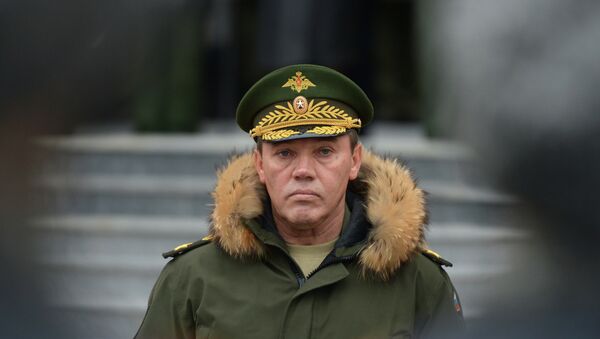 Ilya Tsukanov
All materialsWrite to the author
RIA Novosti military observer Ilya Plekhanov takes a look at how Russian Deputy Defense Minister Gen. Valery Gerasimov became the source of attention of Western military analysts and media, which dubbed him the main ideologist behind the concept of 'hybrid warfare'.

Last month, The Wall Street Journal published a story on the 'next phase of a Russian-US Cold War', and the likelihood that it will be shaped by dynamic new hybrid strategies in an age of "drones, precision bombs and sophisticated new forms of propaganda."

Alongside US Army Lt. Gen. H.R. McMaster, WSJ lists Gen. Valery Gerasimov, the chief of Staff of the Russian Armed Forces, as among "this generation's most influential officers," and waxes poetic about the rivalry being like something out of WWII history or a John Le Carre novel.

Gerasimov's recognition among the political class in the West, which includes having his works translated into English and his remarks and actions carefully analyzed and scrutinized, has to do with the perception that he is the main ideologist of the concept of "hybrid warfare."

Russia's Military Might Lies in Its Troll Armies, Says Pentagon
In a recent analysis for RIA Novosti, military observer Ilya Plekhanov wrote that Gen. Gerasimov became the focus of attention among foreign military analysts and media not so much after his appointment as Armed Forces chief of staff in 2012, as after an article of his, called 'The Value of Science in Prediction', which appeared a year later in the Military-Industrial Courier newspaper.

After the crisis in Ukraine began in early 2014, Plekhanov noted, "this article became a hit in the West, repeatedly translated into English and broken down by quote. Gerasimov came to be considered the main theorist behind Moscow's actions in modern military conflicts, in Syria and Ukraine."

US generals read and reread Gerasimov's article multiple times, trying to get a sense about Russia's plans for fighting the wars of the future.

Of course, Plekhanov recalled, in his article, "Gerasimov engaged not so much in the formation of a new doctrine, as much as in an analysis and criticism of the actions of Western powers in the removal of governments in Libya and Syria, and an assessment of the developments of the Arab Spring, and the possibility for defense against such actions."

Gerasimov wrote: "In the 21st century we have seen a tendency toward blurring the lines between the states of war and peace. Wars are no longer declared and, having begun, proceed according to an unfamiliar template….The role of nonmilitary means of achieving political and strategic goals has grown, and, in many cases, they have exceeded the power of force of weapons in their effectiveness. The focus of applied methods of conflict has altered in the direction of the broad use of political, economic, informational, humanitarian, and other nonmilitary measures — applied in coordination with the protest potential of the population." 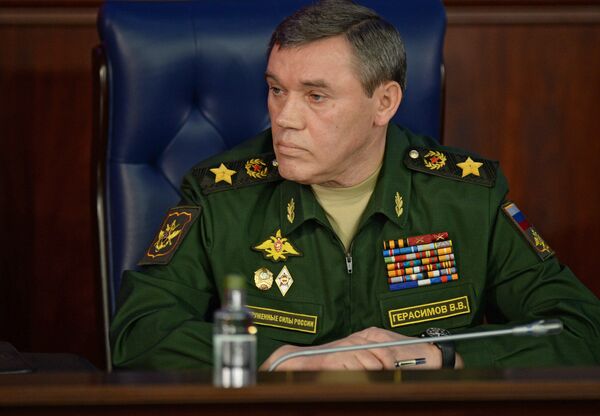 It's noteworthy, Plekhanov suggested, that in his article, the general never mentions the word "hybrid warfare," but only refers, on three occasions, to forms of "asymmetric" conflict, first and foremost the use of informational pressure on the public by political elites.

"[Gerasimov's] piece does not even mention the concept of cyber warfare operations, even though today, in connection with the claims that Russia interfered in the US elections, foreign media does not hesitate in crediting him with creating a theoretical basis for conducting cyberattacks on the US and European countries," the journalist added.

Fake News: US MSM Caught Red-Handed Cooking Up Trump-Russia Story
In March 2017, Gerasimov published a new article, titled "World on the Brink of War." Here, he makes explicit mention of the concept of "hybrid war," discusses US actions in Syria and the Middle East, the 2015 cyberattack on Iran, and the importance of social networks. Still, for one reason or another, Plekhanov noted, the general's second work has yet to receive the kind of widespread recognition and mythologization as the first.

In reality, the journalist wrote, the idea of 'hybrid warfare' is anything but new. "In Russia, the idea of the 'part-war' was something on which thinking began a very long time ago." An important theoretician on this type of war was ex-soldier and academic Evgeni Messner (1891-1974), "one of the most important representatives of military thought among the Russian diaspora."

An officer in the Imperial Russian Army, Messner fled Russia after the victory of the Bolsheviks, settling in Yugoslavia, and collaborating with the Nazis during the Second World War against the Red Army. His best-known publication 'Mutiny, or in the Name of the Third World War,' predicted that the wars of the future would be fought by terrorists and special forces, with states using subversion and organizing revolutions, rather than traditional warfare, to gain power and influence.

Messner wrote: "Future wars will not be fought on front lines, but throughout the entire territories of both opponents, because behind the front lines political, social, and economic fronts will appear; they will fight not on a two-dimensional plane, as in olden days, not in a three dimensional space, as has been the case since the birth of military aviation, but in a four-dimensional space, where the psyche of the combatant nations will serve as the fourth dimension."

Pentagon Rehashes Cold War-Era Intelligence Playbook to Hype Up 'Russian Threat'
Another key 20th century Russian ideologist of 'hybrid warfare' was Soviet military commander and academician Georgy Isserson (1898-1976), one of the developers of deep operations doctrine. His work, including 'The Evolution of Operational Art' and "the Basics of Deep Operations' remain of interest to theorists in both Russia and the West. Gerasimov, incidientally, mentions Isserson in his own work.

In the US, Plekhanov noted, the term 'hybrid warfare' remained little-used before the last decade, with concepts including 'irregular warfare' and 'unconventional warfare' being predominate. Today however, the journalist added, "this designation has become deeply rooted in the vocabulary of Western military officials when they talk about Russia."

In 2005, long before Gerasimov penned his own piece, Lieut Col. Frank Hoffman and James Mattis, the future US Secretary of Defense, co-wrote the landmark article "Future Warfare: The Rise of Hybrid Wars." This work was a breakthrough effort in unpacking the concept of psychological and information operations and work with the local population, adding it to Gen. Charles Krulak's concept of the military's tasks being divisible into three categories of direct combat operations, peacekeeping and humanitarian aid.

In 2010, NATO released its Bi-Strategic Capstone Concept, which officially listed hybrid threats as threats created by the enemy using non-traditional and adaptive means of warfare. Two years later, historian William Murray and Col. Peter Mansoor published 'Hybrid Warfare: Fighting Complex Opponents from the Ancient World to the Present', a book that further explored the concept of hybrid warfare throughout the centuries. Finally, two years after that, the US Army and Marine Corps adopted a new edition of Field Manual 3-24. The document discussed the use of 'indirect action' to suppress uprisings, with US 'aid', rather than troops on the ground, tasked with doing the necessary groundwork. Prescriptions on the suppression, or on the contrary, the creation of insurgencies, were also discussed. 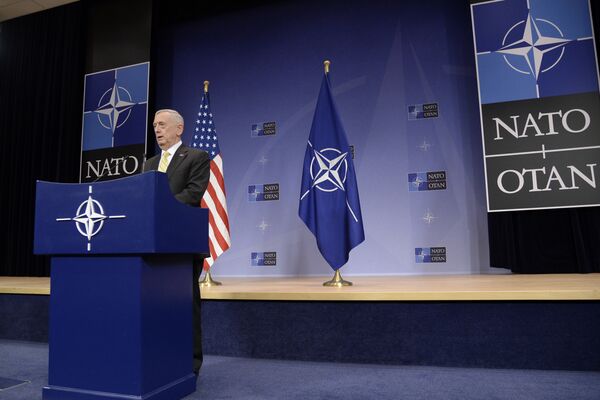 In other words, Plekhanov noted, "comparing the recent work of Gen. Gerasimov and the work of American theorists and practitioners (including the current US Secretary of Defense) stretching back over a decade" to find out who came up with the idea of hybrid warfare as it is understood today "is not difficult." Nevertheless, for one reason or another, Gerasimov, and not US strategists, is proclaimed by Western political elites and media as being the main ideologist behind the concept.