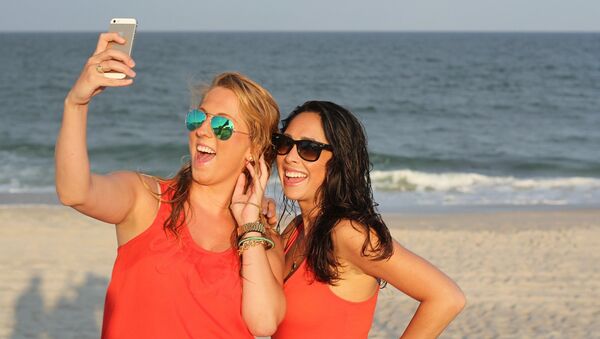 CC0 / Pixabay /
Subscribe
You should think twice before posting pictures on social media of your latest sightseeing trip in Europe or beachside holiday in Miami - because no one wants to see them, according to new research.

Research from travel and insurance operator, Aviva, has revealed that 73 percent of people surveyed think it's downright obnoxious when others plaster social media with their vacation photos.

​44 percent of those surveyed said that they post-holiday snaps to keep friends and family up to date. 21 percent admitted that they do it just to boast about where they're vacationing and 10 percent said they do it to make others jealous.

​The study also revealed the top most common vacation pictures posted are views from a balcony, cultural landmarks and sightseeing pictures. Other common pictures are of the first cocktail drink and photos of people who holidaymakers met while on vacation.

Adam Beckett, propositions director at Aviva, said that a holiday is, for many, a time to switch off but it would seem that taking a break doesn't apply to social media.

​According to the study, the most unpopular pose of all is snapping a picture of your legs on the beach and asking "hot dogs or legs?" The majority of the 2,000 people polled for Aviva's Holiday Report said the "hot dogs or legs?" beach selfie was the most infuriating vacation picture.

"Long gone are the days when the first time British holidaymakers would see their snaps was in the chemist after they got home. Now, we're sharing our holiday memories as soon as they happen, and with a much wider circle of friends and family," Mr. Beckett said in a recent interview.

In addition, it seems that taking a selfie can be quite a dangerous endeavor. According to statistics more people died of taking selfies in 2015, than of shark attacks. In July 2016 a woman fell to her death after capturing one final selfie at the Grand Canyon. A British man was knocked down and killed after apparently trying to take a selfie on a German motorway in May 2017.