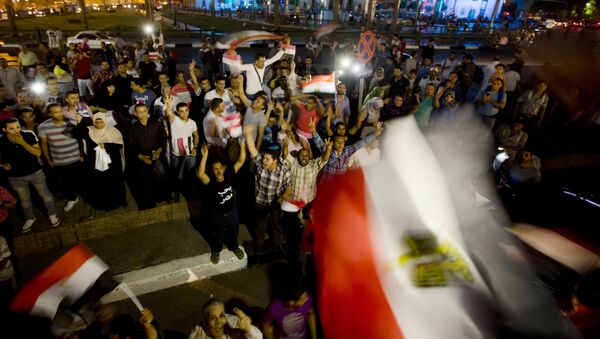 On Friday, Egypt marks the fourth anniversary of the beginning of mass protests that led to the coup d’etat and overthrow of then president Mohamed Morsi.

Six Militants Detained in Egypt Over Plotting Attacks on Christian Churches
CAIRO (Sputnik) – Morsi, from the Muslim Brotherhood (outlawed in Russia as a terrorist organization), became the president in 2012 after Hosni Mubarak’s resignation amid the Arab spring uprising.

In July 2013, amid the wave of public discontent over the Muslim Brotherhood rule, the Egyptian army ousted President Morsi and declared a transition period in the country. Morsi supporters staged mass protests, demanding his reinstatement. Hundreds of Egyptians were killed in the subsequent riots and clashes. Morsi and many of his supporters were imprisoned.

On May 26-28, 2014, an early presidential election took place in Egypt, which was won by former Defense Minister Abdel Fattah Sisi with 23.7 million votes, or 96.3 percent of the turnout.