Gas Wars: Why US Gamble to Push Russia Out of the European Gas Market Can't Work 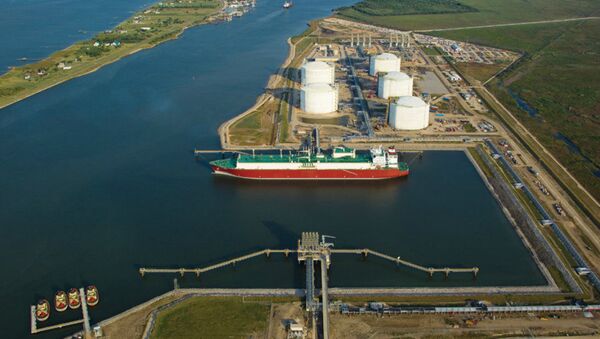 © Photo : goldenpassterminal.com
Subscribe
Political observer Vladimir Ardaev says the German and Austrian demarche against their US allies regarding new anti-Russian energy sanctions creates the impression of a looming economic war for the European gas market. In an analysis for RIA Novosti, the journalist outlined why the US may start this war, and why they can't win it.

Earlier this month, German Foreign Minister Sigmar Gabriel and Austrian Chancellor Christian Kern issued a joint statement warning Washington not to expand its anti-Russian sanctions, emphasizing that "Europe's energy supply is a matter for Europe, and not for the United States of America."

The new sanctions, presently held up in a House of Representatives review after passing the Senate, take aim at Russian energy companies, and threaten to slap restrictions on foreign companies who do business with Russia. Russian energy giant Gazprom and a host of western European energy companies including OMV, Engie, Uniper, Wintershall and Shell are preparing to build Nord Stream 2, a gas pipeline running from northwestern Russia to eastern Germany via the Baltic Sea, and experts say the US sanctions might affect the project.

Commenting on the European politicians' unusually open and harsh  criticism of their US ally, RIA Novosti contributor Vladimir Ardaev suggested the whole situation creates the impression that a new economic war is brewing in Europe, with natural gas market its battlefield.

The Final Straw: Germany Mulling Over Sanctions… This Time Against the US
Gabriel and Kern, Ardaev recalled, were particularly incensed by the draft bill for its "surprisingly candid" admission about what was really at stake, "namely selling American liquefied natural gas and ending the supply of Russian natural gas to the European market." The German and Austrian officials stressed that Washington's threats to impose penalties against European companies doing business with Russia serve to impact "European-American relations in a new and very negative way."

At the same time, the US's perceived to make a power play in gas was obvious, according to the analyst. When the US started exporting its liquefied natural gas (LNG) in early 2016, it had ambitious plans, hoping to capture up to 10% of the European gas market (equivalent to about 45 billion cubic meters per year). A year and a half have now passed, and the results have been much more modest. 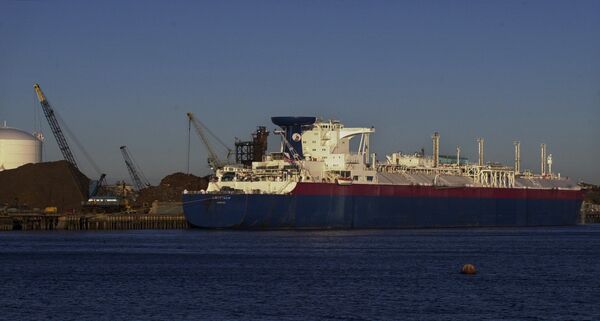 As outlined in the June 2017 edition of BP's Statistical Review of World Energy, over the past year, the US has exported only 4.4 billion cubic meters of LNG, 0.5 billion cubic meters of which went to the European market. Furthermore, US companies have faltered not only in competition against traditional, pipeline-based gas exporters, but other LPG suppliers as well. US companies account for only about 13% of Europe's LPG supplies, most of its deliveries concentrated in Asia and Latin America.

Globally, the top five producers of LPG include Qatar, Australia, Malaysia, Nigeria and Indonesia. Russia, with its focus on pipeline-based deliveries, ranks eighth. The US comes in at number 15. 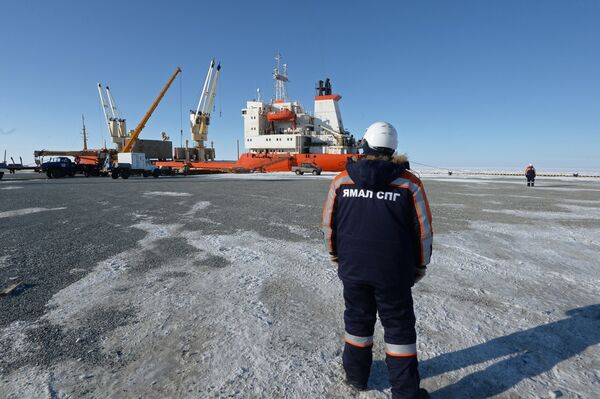 Liquefied natural gas has several obvious pluses when compared to gas sent via pipeline, Ardaev noted. First and foremost, there is the fact that "it is not flammable, meaning its transportation can be considered technically less dangerous." Secondly, transport by sea makes LNG more flexible: "At any time, a vessel can be redirected to a new destination – i.e. to the place where buyers offer the best price." The latter advantage is one that US producers have taken advantage of repeatedly, according to the analyst, with LPG supplies destined for Europe ending up in Latin America or China.

From Debtor to Leader: How Serbian Oil Company Thrived Under Russian Management
However, pipelines have their own advantages, Ardaev noted, chief among them being price. The close linkage between suppliers and consumers, while inflexible, "eliminates the need to make additional efforts and bear additional costs for both."

In other words, Ardaev wrote, if Europe were to reject Russian gas in favor of US LNG supplies, this would mean only one thing for consumers: an increase in price. 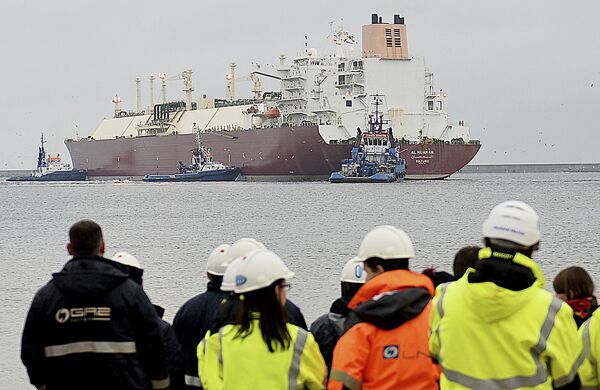 In this file photo taken Dec. 11, 2015 at the Baltic port of Swinoujscie, Poland, the giant liquefied natural gas tanker Al Nuaman, carrying some 200,000 cubic meters of liquefied gas from Qatar, arrives in Swonoujscie, the first delivery to the freshly-built LNG terminal, as Poland seeks to cut its dependence on gas deliveries from Russia
© AP Photo / Lukasz Szelemej, file

Speaking to RIA Novosti, National Energy Institute director Sergei Pravosudov emphasized that any talk of a 'gas war' for the European market between Russia and the United States makes absolutely no sense, for the simple reason that US LPG cannot be perceived as a sustainable alternative to Russian pipeline-pumped gas in any foreseeable scenario.

'Poor Quality of Russian Gas': Poland Overreacts Amid Nord Stream 2 Construction
This is borne out by statistics, according to the analyst, with the US ending 2016, its first year of exports to the European market, by reducing natural gas production by 2.5%, while Russia increased its production by 0.5%.

Meanwhile, "any attempted US intervention into the European gas market will inevitably and immediately affect the wallets of American consumers, and force producers to reduce output," Pravosudov explained. "A similar situation arose recently in Australia, where an increase in LPG exports led to a situation where the price of gas in Australia itself rose above the price at which Australia had sold it to Japan. As a result, authorities were forced to make a decision to reduce exports."

Amid current world energy prices, the expert suggested that US producers were already selling their LNG to Europe a at a loss, indicating that their effort is motivated more by politics than economics. In Russia's case, Moscow is linked to Europe not only by its network of pipelines, but its string of long-term gas supply contracts, whose value is approaching the $140 billion mark. 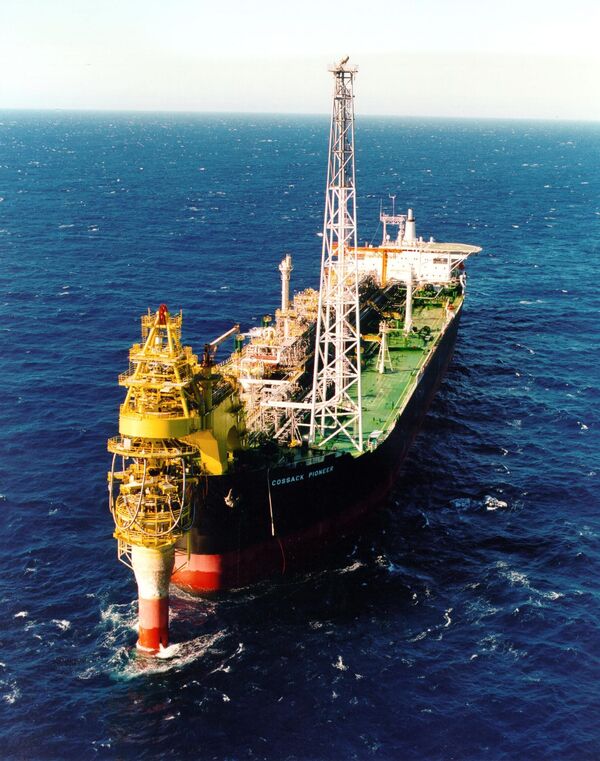 An undated handout photo shows Australian resources giant Woodside's Cossack Pioneer oil production facility in the North West Shelf (NWS) gas project, which produces a third of Australia's oil and half of its natural gas, off the northwest coast of Australia (File)
© AFP 2022

For his part, Institute of Energy and Finance president Leonid Grigoriev explained at as far as Nord Stream 2 was concerned, the US campaign against the pipeline is based on some very specific calculations.

"Europe is expecting the gas delivered by the third line of [Nord Stream 2] to compensate for a decrease in production expected at the old field in the Netherlands' Groningen field. The Americans have their own calculations: If Nord Stream 2's construction is held up for a couple of years, this will enable them to increase their export of LNG supplies to Europe, thus occupying this segment of the market. In other words, we're talking about a very specific segment of the market," Grigoriev said.

Center for Strategic Communications director Dmitri Abzalov believes that ultimately, the demarche by Berlin and Vienna against US lawmakers' new sanctions bill could be read as a signal that they are coming to understand that US economic domination over their part of the world is reaching its end.

Sanction Them All! Kiev Wants US to 'Punish' Allies Over Nord Stream 2 Pipeline
In recent months, President Trump has made a tremendous effort to reject US participation in economic, trade and political alliances which are unfavorable to the United States, withdrawing from the Trans-Pacific Partnership and the Paris climate treaty, starting negotiations on NAFTA, and putting the Transatlantic Trade and Investment Partnership on hold.

"Under previous administrations, appeals for solidarity in the Western bloc were always accompanied by some alternatives in the form of proposals for partnership, the lifting of competitive restrictions, opening new markets, etc. Now, no one is offering such alternatives; further still, the US has taken a course to create additional jobs at home, to squeeze foreign goods from the US market, while their demands of the Europeans remain the same. Obviously, this cannot suit the Europeans," Abzalov noted.

In other words, so long as countries like Germany and Austria remain guided by economic interest, while political bonds with the US which could have forced the purchase of American LPG in the past continue to weaken, the chances of the US displacing Russia from its positions in the European natural gas market will remain slim to none.