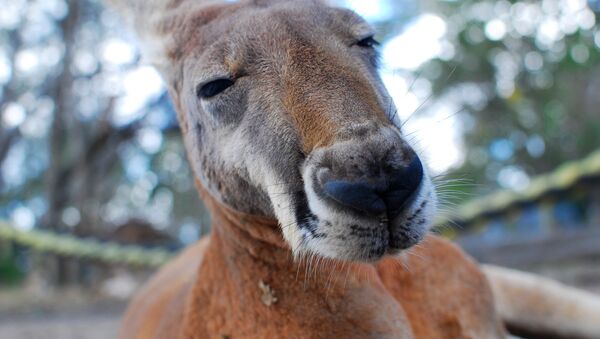 CC0 / /
Subscribe
While Norway is teeming with elk, moose and other forest creatures, a kangaroo is not something you see often among the picturesque fjords. Residents of Karmøy, however, got the rare chance to catch a glimpse of a fugitive kangaroo hop its way through the Norwegian countryside.

Beaver Fever: Norwegian 'Hot Shot' Kills Giant Mutant Rodent
The kangaroo escaped from Haugaland Zoo and was observed bouncing through local gardens and posing in the middle of the road and was even spotted visiting a golf course.

Local man Alf-Harry Andersen was on his way to work, when he stumbled upon the marsupial fugitive staring at him.

"It just stood there looking at me for a while before it jumped further towards Håland," a perplexed Andersen told the local newspaper Haugesunds Avis.

It took the authorities a whole day to catch the absconder, who was found a kilometer away from the zoo, Norwegian TV-channel TV2 reported. Zoo owner Bernt Kai Velde explained that kangaroos were most active in the evening, which reduced the chances of catching the fugitive during the daytime. The kangaroo, currently unnamed, was shot with anesthetic to subsequently join its four peers that were waiting at home.

The kangaroos came to the exotic wildlife park in Torvastad last autumn. The door happened to be a little open during the evening, which allowed one of them to slip out.

Turf War? Swedish Pensioner Locks Horns With Angry Gang of Elk
While this occurrence might at first seem a freak accident, this is actually not the first time a kangaroo has caught the Nordics unawares.

In 2002, a trio of kangaroos absconded from Rottneros zoo in western Sweden. While Fred and Flippe were caught quickly, Fanny the Kangaroo was on the run for three weeks, giving rise to speculation about wild kangaroos living in Värmland County, which incidentally borders onto Norway. Moving at a speed of up to 60 kilometers per hour and equipped with a vicious kick, Fanny indeed gave her owners a run for their money.

In 1992, a real lion hunt was unleashed in Ruokolahti in southeastern Finland, after a forest warden claimed to have seen a lion. This triggered a heated discussion on whether the lion had wandered in across the Russian border or fled from a circus. Amid an animated debate on whether it was preferable to catch the lion dead or alive and where to place him in the latter case, vigilantes gathered to hunt down the lion with guns and dogs, while more fearful locals did not dare to go outside. The lion was never found, nor could it be determined whether the found "tracks" were left by a real beast or faked using a spoon.

​Ironically, the lion is present on Finland's coat of arms, and Finland's valiant ice hockey squad is nicknamed "the Lions."