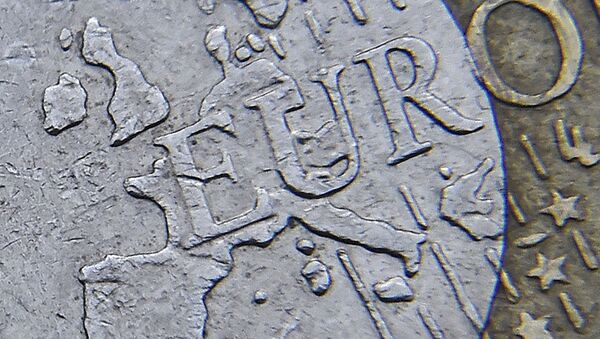 © REUTERS / Toby Melville
Subscribe
International
India
Africa
Italian companies should be taking advantage of investment opportunities in Russia, and not use sanctions as an "alibi" not to invest, the Italian ambassador to Russia told a bilateral business forum in Stavropol Krai.

Sanctions against Russia shouldn't be used as an "alibi" not to invest in the country, the Italian ambassador to Russia Cesare Maria Ragaglini said on Wednesday.

"I won't discuss other countries' decision, but I can repeat what I have told Italian companies: that the regime of sanctions and counter-sanctions is not an alibi against investing in Russia," Ragaglini told the "Italy Meets the Caucasus" forum, currently taking place in Yessentuki, in Russia's Stavropol Krai.

'No Winners': EU Reportedly Planning More Anti-Russian Sanctions After US Vote
The EU, US and a handful of their allies first imposed sanctions against Russia in March 2014, following Crimea's decision to rejoin with Russia in the aftermath of Kiev's Euromaidan coup d'etat. Moscow, in turn, put in place a food embargo on a wide range of products originating in the countries which had targeted Russia with sanctions.

"If I were an Italian entrepreneur, I would invest in Russia. Today, we see that Italian companies have invested heavily in agro-industry, mechanical engineering and the health and pharmaceutical industries," Ragaglini said.

"Right now, the opportunities are extraordinary, in terms of the financial, political, administrative benefits there are. There is also the opportunity to invest in special economic zones, where there are even more incentives. This is an expanding market of 150 million people, so now is a particularly good time. Italian companies have the opportunity to do so and there is a lot of support from the Italian institutions."

Beyond Sanctions: Italy's Economy Starves Without Russian Business
In 2005, the Russian government began to establish special economic zones across the country which offer administrative and tax benefits to investors. The zones are intended to stimulate the development of sectors of the economy such as manufacturing and high-tech industries, industries important for import substitution, transport, logistics and tourism.

Stavropol Krai is one of seven federal subjects which form the federal district of the North Caucasus. This district is a special economic zone for tourism, where six all-season tourism and recreational complexes and one coastal cluster are in development.

More than 50 Italian companies from the agricultural-industrial, medical and tourist industries traveled to Stavropol Krai for the four-day "Italy Meets the Caucasus" forum, which opened on Wednesday. At the opening plenary meeting, participants expressed eagerness to increase the trade turnover between Italy and Stavropol Krai, which totaled more than $35 million last year.

Ragaglini added that "not one Italian company left the Russian market, even at the toughest times, and now we are continuing dialogue. We are maintaining contact at the highest level and we are ready to deepen our relationship with Stavropol Krai."

At a meeting between Italian Prime Minister Paolo Gentiloni and Russian President Vladimir Putin in Sochi last month, the Russian President remarked that trade turnover between Russia and Italy has increased in recent months.

"Unfortunately, we saw some decline in trade turnover, but as soon as you became Prime Minister, trade turnover began to increase and for the first two months of this year it was up 28 percent [annualized]," President Putin said, RIA Novosti reported.