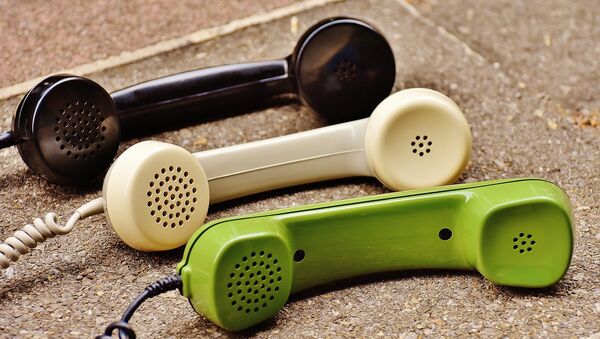 CC0 / Pixabay /
Subscribe
The detective leading the investigation into the Grenfell Tower fire which killed at least 79 people in London, has revealed that her team has listened to 999 calls from 23 apartments where nobody survived. Many of the calls were routed through a call center in Northern Ireland.

The fire broke out on the fourth floor of the tower block in north Kensington shortly after midnight on June 14 and spread rapidly up the side of the building as people screamed for help.

Many residents were trapped on the upper floors of the 24-story building and at least 79 died, although the final death toll is expected to rise above 100.

A team of detectives from the Metropolitan Police, London are still trying to identify who lived in the building at the time of the fire.

One of those who died was 65-year-old Tony Disson.

"Tony was the heart and soul of our family, of whom he was extremely proud. He leaves behind four sons, five grandchildren with a sixth due in September, and three great grandchildren; losing him has left a void that can never be filled," said his family in a statement released on Thursday (June 29).

Detective Chief Superintendent Fiona McCormack, who is leading the investigation, said on Wednesday (June 28) that they had spoken to residents of 106 of the 129 apartments, which led them to believe the residents of the other 23 apartments had failed to get out. 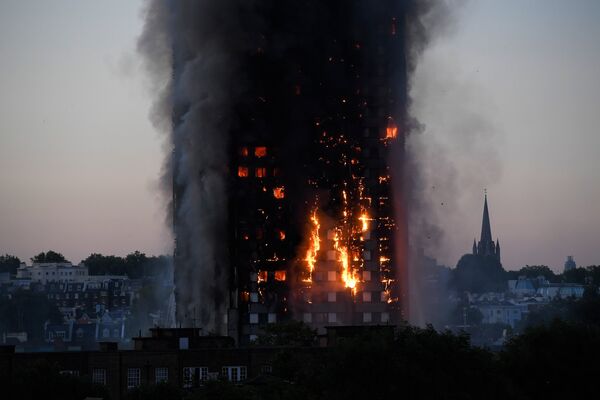 Flames and smoke billow as firefighters deal with a serious fire in a tower block at Latimer Road in West London, Britain June 14, 2017
© REUTERS / Toby Melville

"We have listened to 26, 999 calls to the London Fire Brigade from people who said they were inside one of those 23 flats," she said.

We are working to establish who was in each of the 129 flats of #GrenfellTower We are unable to trace anyone alive who lived in 23 flats pic.twitter.com/KXiyUHDO5f

It is hard to imagine how horrific those 999 calls would have been, as the frantic residents begged the operators for help as the fire and smoke closed in on them.

The calls were routed through BT's call center in Portadown, County Armagh.

"It wasn't a pleasant shift," one worker at BT's call center in Portadown, County Armagh wrote on social media after the fire.

"As well as the personal support of their line manager, all BT personnel have access to the Employee Assistance Programme, which is a confidential and free service and it offers face-to-face counselling and a number of advice lines for staff," said a BT spokesman. 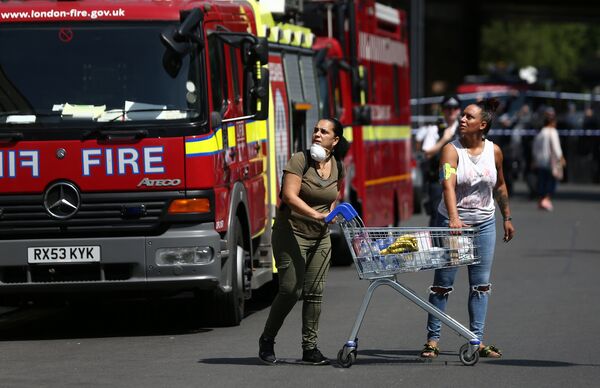 People react near a tower block severely damaged by a serious fire, in north Kensington, West London, Britain June 14, 2017.
© REUTERS / Neil Hall
"It's not often we're called on to pay tribute to the work of call centre personnel — but it can be incredibly harrowing to take phone calls from people in distress, and to remain professional in the face of tragedy," said Doug Beattie, the local Ulster Unionist MLA. Credit where credit's due — they did a great job," he added.

"We take the emotional and physical welfare of our staff very seriously. The Brigade has it's own in house Counselling and Welfare Team which is an accredited counselling service with the British Association for Counselling and Psychotherapy (BACP). The Counsellors are experienced in dealing with trauma support," said a London Fire Brigade spokesperson.

"Our firefighters and control officers did absolutely everything they possibly could on the night of the Grenfell fire and their welfare, along with the welfare of the '999' operators involved in taking the emergency calls from that building on the night, is an absolute priority," he said.

"Before they went off duty, they were all spoken to individually by a counsellor and all received follow-up phone calls. When they returned to duty our staff also had access to a counsellor, and the Brigade counselling team was reinforced by officer support from the NHS and other fire and rescue services," added the spokesperson.

Clinical psychologist Linda Blair said organizations sometimes made the mistake of forcing counseling and therapy on people who had undergone trauma.

Thoughts with all those who suffer, especially our emergency service workers and 999 operators. https://t.co/eleIybPvaO

Dr. David Biggs, an occupational psychologist at the University of Gloucestershire, carried out research last year with West Mercia police into how to build in resilience to 999 operators.

"What we found that it was a mixture of training and recruitment. They recruited people who had quite a tough shell, but the training was quite good as well. They were trained to try not to think about what they heard too much but the most difficult cases were loss of life, especially involving children, and suicides," Dr. Biggs told Sputnik.

Det Chief Supt McCormack said that although they had listened to 26 calls made from the 23 apartments they still had not been able to identify all of the voices of those who called 999.

We are working to establish who was in each of the 129 flats of #GrenfellTower We are unable to trace anyone alive who lived in 23 flats pic.twitter.com/KXiyUHDO5f

"We must presume that no-one in those 23 flats survived — that would include those who lived there or any anyone who was visiting them. We are in contact with some next of kin and some friends — I cannot say today with any certainty the total number of people who were in those 23 flats on the night. The 23 flats are spread from the 11th floor to the 23rd floor.

"We are focusing with an absolute priority on reviewing all the information we have, from many, many sources, about who lived or who was visiting those 23 flats. And by that I mean all imaginable sources from government agencies to fast food delivery companies," she said. 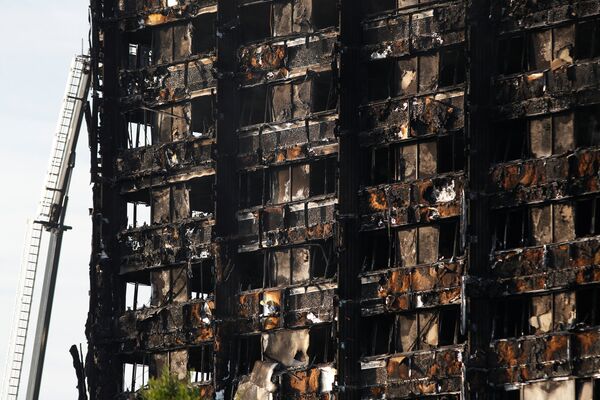 Damage is seen to a tower block which was destroyed in a fire disaster, in north Kensington, West London, Britain June 15, 2017.
© REUTERS / Peter Nicholls

She said they had been provided with a list of tenants by KCTMO, the organization managing the block on behalf of Kensington and Chelsea Council.

"We quickly identified — by the end of that day — that the list was not accurate.

"We are many months from being able to provide a number that we believe accurately represents the total loss of life inside Grenfell Tower," said Det Chief Supt McCormack.