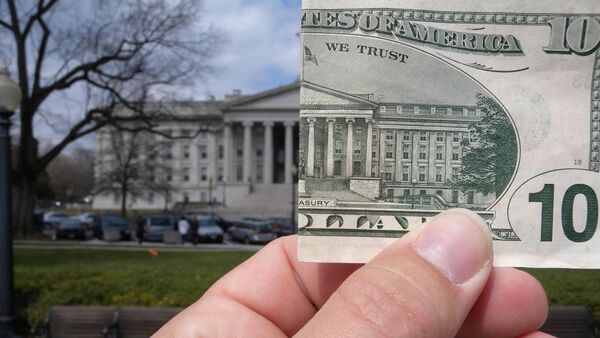 CC BY 2.0 / Ryan McFarland / $10 and the US Treasury
Subscribe
International
India
Africa
Trump administration officials say the president is growing frustrated with Beijing's inaction on the North Korean nuclear issue, and contemplating new tariffs on Chinese steel. Speaking to Sputnik, former senior State Department official Howard Stoffer said that if Trump goes ahead and China responds, it could plunge the US economy into recession.

Unnamed senior Trump administration officials told Reuters about the president's frustration, and his mulling of trade actions including tariffs on Chinese steel imports.

World
Tokyo Institutes ‘Catch All’ Policy to Slow North Korea’s Nuclear Supplies Trade
Trump had earlier threatened to 'deal with' the alleged threat posed by the North Korean nuclear and missile programs unilaterally if China was not prepared to help. Last week, he tweeted that efforts by the Chinese government to "help with North Korea had "not worked out."

Speaking to Radio Sputnik about the possible trade restrictions that Trump may be considering, Dr. Howard Stoffer, a retired US State Department official specializing in nuclear arms control and counter-terrorism, warned that if the Washington were to introduce new restrictions on Beijing, the US economy might quickly slide into recession.

"Yes, it might be possible to slap some sanctions on Chinese steel," Stoffer said. "However, there are so many rules already that dumping and support for Chinese steel that the effect would be extremely minimal. And then what would be the point? The point would be that China could ignore that," he added.

Asia
Defense Ministry to Residents: Seoul Will Honor ‘Alliance Decision’ on THAAD
Stoffer suggested that "this is not the way to conduct diplomacy, and I think there are many in the US administration who want to see a much more nuanced approach to try to get China to work with Russia and with the United States to try to reign in the nuclear threat from North Korea."

The former official stressed that apart from the possible restrictions on steel imports, that there is little Trump could actually to sanction China without threatening the well-being of the US economy. 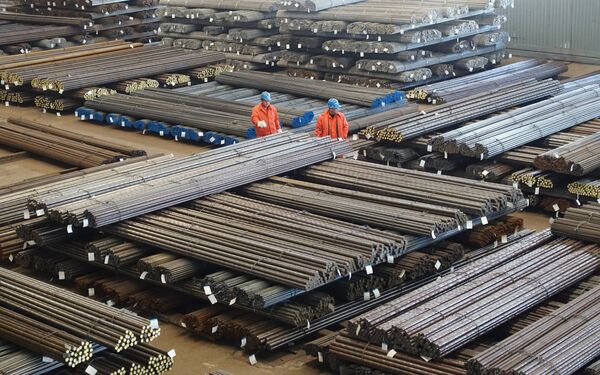 US, North Korea Dialogue Essential for Resolving Peninsula Dispute - Moscow
"When you look at the fact that China is the US's second largest trading partner – that 15% of all US trade goes to China…we support 2.6 million jobs in the United States by trade with China; doing anything to effect that would have a tremendous impact on our economy and probably send us into recession. So I think it's a very challenging to try to put sanctions on China, when it is not only our second largest trading partner, but holds over a trillion dollars in US treasury bills, which could also be called, and affect the US economy."

In other words, Stoffer suggested that Trump's intended 'signal' to get Beijing to work with Washington on the North Korean nuclear issue via veiled threats isn't the right approach.

Serving in the DOS between 1980 and 2005, the expert noted that he "was in the State Department when we worked with China, Russia, the South Koreans, and Japan to find a way to get the North Koreans to freeze their nuclear program, and to provide them with oil and other imports that they needed desperately, and that was working for a while."

"I think diplomacy is going to be a very important factor," Stoffer said, "because new South Korean president Moon Jae-in wants to reach out, to negotiate, to use diplomacy. And for the United States to use sanctions or other measures against those we need to cooperate closely with against North Korea is not the way to go." 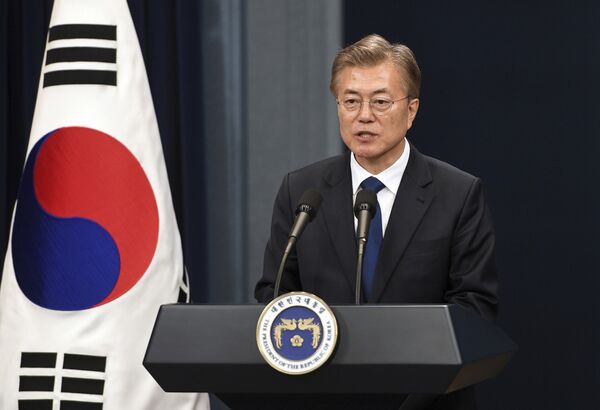 Ultimately, the expert emphasized that he remains hopeful about the prospects for diplomacy, particularly at the upcoming G20 meeting in Hamburg, Germany, which will be attended by Presidents Trump, Putin and Xi.

"Perhaps at that location the three of them could work out some kind of an understanding about the best way to approach the nuclear threat from North Korea, because a nuclear capability in the north threatens not only South Korea and Japan, but of course China and Russia. If some kind of hostilities were to break out, whether planned or inadvertent, it would have a tremendous impact on China, its stability and economy; refugees streaming across the border into Russia would have a tremendous impact on the east coast of Russia as well."

Not Negotiable: North Korea Sticks to Its Guns on Nuclear Weapons
In the off chance that Trump goes ahead with new restrictions against China, Stoffer emphasized that it could have a devastating impact for the US economy.

"If China were not even to call the US treasuries it has already purchased, but if it were to stop buying treasuries, US interest rates would go up. If US interest rates go up faster than the Treasury wants them to, we can be pushed into higher inflation, and higher inflation would mean that there would be fewer jobs, and the economy would go into recession. That would be the absolute opposite of Trump has been saying he wants to accomplish as a result of getting elected."

"I personally believe that diplomacy will win out," Stoffer said.

"Nothing will happen, in my opinion, until the G20 meeting takes place. There might be some agreements that we won't necessarily know about, but there will be understandings reached about how to deal with the North Korean issue. If Russia and China are working with the US on this one issue – putting aside all other differences that might exist, and bringing in South Korea and Japan…it might be possible to work out a plan to approach Kim Jong-un and see if the North Koreans can be approached diplomatically before any other measure is taken. If that can happen we'd be much better off…"