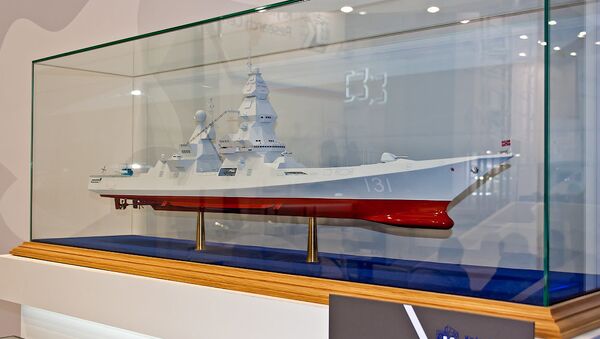 "The Defense Ministry recently adopted one of the stages of developing [this] prospective destroyer — a draft design," Ponomarev said on the sidelines of the 2017 International Maritime Defense Show.

"Terms for the beginning of the destroyer's construction will be defined at the stage of the ship's technical design. The USC shipyards have the appropriate technical capabilities to build vessels of this class," he added.

The Severnoye Design Bureau, the country's leading company for designing surface ships, has been refining its plans for the construction of the ocean-going Leader-class destroyer since 2010. 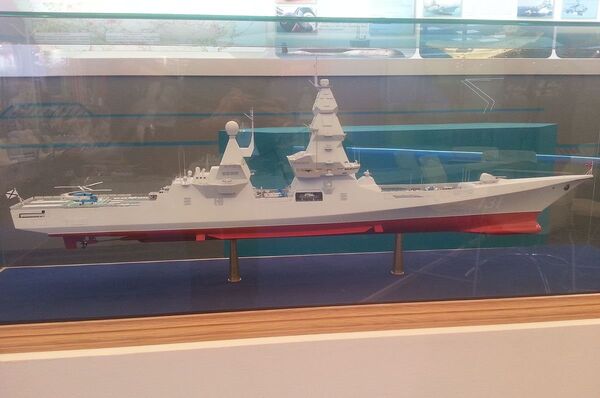 The multipurpose warship will have anti-aircraft, anti-ballistic missile, anti-surface and anti-submarine capabilities.

It is meant to replace the Sovremennyy-class destroyers, the main anti-surface warships of the Russian Navy, as well as the Slava-class cruisers and the Udaloy I class anti-submarine destroyers.

The Leader-class is expected to be outfitted with Kalibr-NK anti-ship, anti-submarine and land-attack missiles, as well as P-800 Oniks supersonic anti-ship cruise missiles with a range of more than 300 kilometers. Zircon hypersonic missiles could also be added to the mix.

Missile Power: Armed With Kalibrs the Russian Navy Will Become Twice as Strong
The next-generation warship could also receive the sea-based version of Russia's most advanced air defense system, known as the S-500 Prometey or 55R6M Triumfator-M. It will also have a landing pad for two Kamov Ka-27 or Kamov Ka-32 helicopters.

The ship will most likely be nuclear powered. It will be capable of spending up to 90 days at sea without additional refueling or support.

"Moreover, the Leader-class' nuclear propulsion system would allow the enormous new warships the ability to sortie around the globe without the need for auxiliary refuelers or any requirement to make a port call," he concluded.