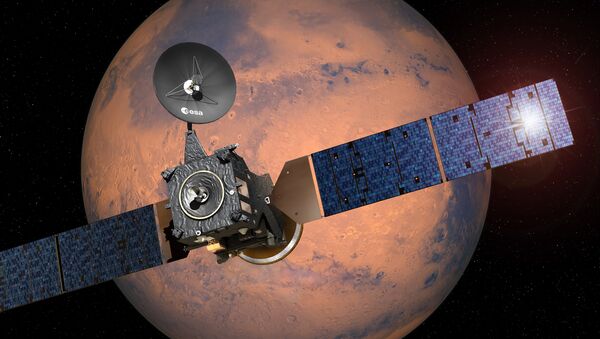 A device developed by Russian scientists will help the ExoMars orbiter to scan the surface of the Red Planet and to detect the elusive Martial 'oases'.

Russian Devices for ExoMars Mission to Be Ready in Fall 2017
An intricate device developed by Russian scientists called Fine Resolution Epithermal Neutron Detector, or FREND, installed aboard the ExoMars Trace Gas Orbiter (TGO)will allow the spacecraft to scan the surface of Mars and pinpoint the so called ‘oases’ – humid areas where simple microorganisms may exist.

Igor Mitrofanov, head of the FREND program and department head at the Russian Academy of Sciences’ Space Research Institute, said that the Martian permafrost was initially spotted thanks to another piece of Russian equipment called HEND installed aboard the NASA’s Mars Odyssey satellite, which was launched in 2001 and continues to orbit the Red Planet to this day.

The FREND, however, will allow scientists to take the hunt for traces of life and water on Mars to a whole new level, as the device is capable of detecting water at a depth of up to two meters below the planet’s surface. 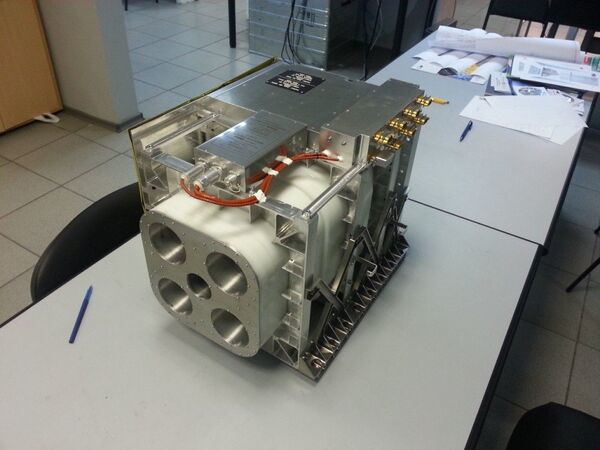 "We saw permafrost, but we couldn’t tell where the more humid areas – the ‘oases’, if you will – are located on Mars’ surface. We will attempt to accomplish this first task by using a neutron telescope that will do a ‘neutron fluorography’ of Mars and pinpoint the most humid areas on the planet’s surface for us," Mitrofanov said during a press conference in Moscow.

The scientist further explained that the ExoMars program is expected to provide answers to three fundamental questions: how did Mars develop and what caused the planet to lose its dense atmosphere, magnetic field and surface water; whether Mars sustained life; and which direction the further Mars exploration efforts should take.
ExoMars is the first project in the history of collaboration between the European Union and Russia aimed at searching for the evidence of life on Mars.

The first stage of the project launched in 2016 and consisted of the TGO satellite that was deployed at Mars’ orbit and the Schiaparelli lander module which apparently crashed on the planet’s surface.

The second state of the project, scheduled for 2020, is expected to include an ExoMars rover which will be deployed on the planet’s surface by a Russian-made lander module.