Suliman Mulhem
All materials
The US Senate's recent vote to impose new sanctions against Russia could potentially disrupt collaboration between Russian and European firms in the energy industry. Shortly after the vote, the German Foreign Minister and Austrian Chancellor warned that the US may be using new sanctions against Russia to further its own economic interests.

Projects likely to be affected by the new, extended wave of sanctions include the Nord Stream 2 pipeline, which is scheduled to be operational by 2019, spanning in excess of 700 miles, from Russia to the EU's largest economy, Germany. The pipeline will greatly increase the volume of Russian natural gas that can be delivered to this strategic economic area, while also possibly eradicating the need for it pass through Ukraine.

This should ultimately secure Western Europe's future energy needs, by providing it with a more direct transportation route, and doubling capacity. This venture is set to cost around US$10 billion, with Gazprom, Russia's gas giant, and a consortium of key players in Europe's energy market, including Shell and Uniper, putting forward the necessary funds. 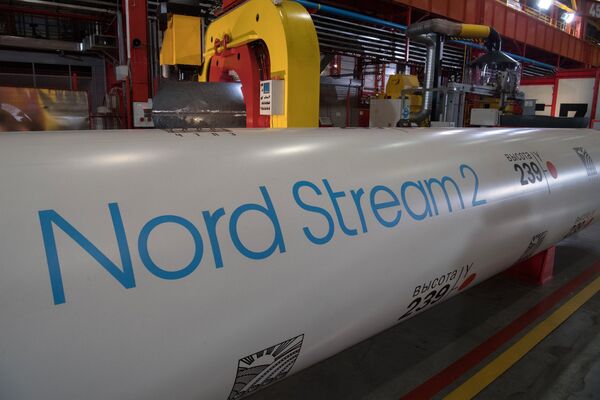 President Donald Trump's sanctions will not only disrupt and harm Russian energy firms, such as Gazprom, but will also affect Europe's energy market by complicating the Nord Stream 2 pipeline, or, potentially rendering it unfeasible. Other regional energy projects may also be impacted.

This has concerned some senior European officials, as they fear the US may be attempting to inflict damage to their domestic energy interests, specifically natural gas, in a bid to help US rivals gain a foothold in the market.

"Europe's energy supply is a matter for Europe, not the United States of America. Instruments for political sanctions should not be tied to economic interests. To threaten companies from Germany, Austria and other European states with penalties on the US market if they participate in natural gas projects such as Nord Stream 2 with Russia or finance them introduces a completely new and very negative quality into European-American relations," German Foreign Minister Sigmar Gabriel Austrian Chancellor Christian Kern, said via a jointly released statement.

Although many sectors of Russia's economy are restricted, in terms of international trade, as a result of economic sanctions, the Russian Federation continues to play an important role in the international energy market, with a 20 percent share of world exports of natural gas.

Nord Stream 2 Depends on 'Political Bargaining' Between US, EU
Some Baltic states and the European Commission are opposed to the project, as they believe Europe is already over-reliant on Russia in this field, and further collaboration will only grant Russia more leverage over the region. However, Germany and other Western European nations have refuted these claims, arguing that the Nord Stream 2 project will ultimately benefit European economies and consumers.

Earlier this year, President Trump announced his plans to bolster the US energy market by reducing federal regulations. Analysts speculated that Trump was looking to increase the United States' share of the international energy market, and would potentially target Europe with liquefied natural gas (LNG) exports.

Using economic sanctions to hinder cooperation between firms in the European and Russian energy sectors could create room for US energy products, allowing American exporters to quickly enter the market as a result of a drastic reduction in competition.

This suggests that there might be an ulterior, economically driven motive for Trump's new push for sanctions against Russia, and could potentially be part of his wider economic plan, which includes protectionism.

Former CEO of Exxon Mobil, a heavyweight in the energy market, Rex Tillerson, currently serves as the Secretary of State, and Trump himself is an experienced businessmen. Given their corporate background, it wouldn't be surprising if they were using sanctions as a tool to push away the competition in order to aid US exports, at a potential detriment to Europe.

When formulating policy and making decisions, Trump is expected not to take his private, business interests into account, or allow them to sway his judgement. However, based on his decision not to include Saudi Arabians on the list of nationalities banned from entering the US, as per his travel ban Executive Order, it seems that he is susceptible to doing so — it was widely speculated that Saudi Arabia was excluded due to his personal business ties with the oil-rich Arab Kingdom.

Worryingly, President Trump's prior behavior in office and plans to grow the US' influence in the global energy energy market, with the objective of exporting more liquefied natural gas and oil, indicates that there is scope for the US to benefit from the decline of Russia in the European market, as a result of economic sanctions.