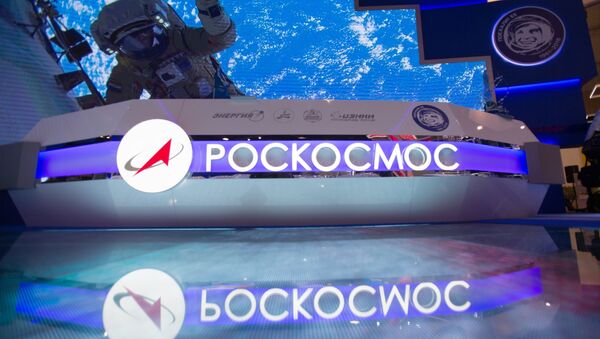 © Sputnik / Igor Russak
/
Go to the mediabank
Subscribe
International
India
Africa
Russia's Roscosmos State Space Corporation welcomed the Court of Appeal of Paris ruling on Tuesday that upheld the lifting of its accounts freeze in a lawsuit filed by the ex-shareholders of the defunct oil company Yukos.

MOSCOW (Sputnik) — The court ruled earlier in the day that the arrest of 300-million-euro arrears accumulated by a French commercial launch service provider to Roscosmos demanded by two Yukos-owned companies be lifted. It noted that Roscomos cannot be held liable for Russia's debts as a separate legal entity.

"Law and justice defeated demagoguery. Congratulations on the victory of all those who support Roscosmos," the company's press service quoted Deputy Director General for International Cooperation Sergey Savelyev as saying.

In 2016, media reported that France had seized $700 million in Roscosmos and Russian Satellite Communications Company stakes acting on behalf of Yukos’ former shareholders.

Paris Appeal Court Upholds Lifting Accounts Freeze Against Russia's Roscosmos
In July 2014, the Permanent Court of Arbitration (PCA) in the Hague ruled in favor of the former Yukos oil company shareholders and demanded Russia pay them $50 billion. In June 2015, Russian assets were confiscated in France and Belgium based on the PCA’s ruling.

In April 2016, the Hague District Court overturned the verdict of the Permanent Court of Arbitration on the grounds that the case was out of the latter court's jurisdiction.

The assets of Russian state space companies, including of the country's space corporation Roscosmos, have been repeatedly blocked in France, following the former Yukos shareholders' lawsuits. However, the courts have also repeatedly lifted the freezes from such funds.