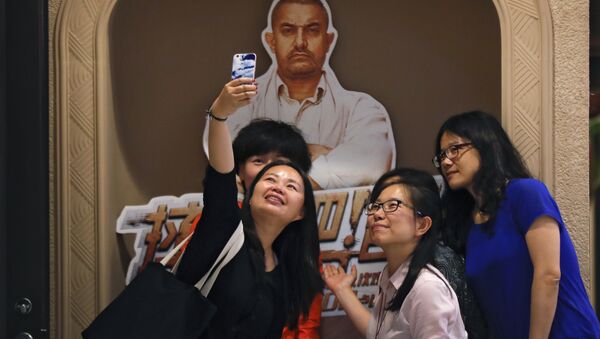 India Threatens to Cancel All Future Permits to BBC
New Delhi (Sputnik) — The film has already set new box office records at the Chinese box office. The assembled filmmakers and actors also brainstormed on ways to collaborate to anchor the soft power of the five-nation group.

“Dangal has inspired Chinese filmmakers. Its actors are now megastars in our country though there wasn’t a lot of promotion for it in China. I think Indian films really taught us a lesson this time. Chinese audiences are easily moved by such simple, straightforward and beautiful stories,” The Hindu quoted Lu Chuan, Chinese film director, as saying in Chengdu, which is hosting the second BRICS film festival. The first film festival of the five emerging economies was held in New Delhi last year.

Experts said Dangal’s success is also linked to China’s attempt to expand its global outreach and to understand India better.

“This is part of China going global. Also, Chinese TV channels are now covering and showing a variety of stuff now. In Dangal’s case, the fact that President Xi Jinping mentioned to PM Narendra Modi of having seen it, made it popular again among Chinese, who feel that it shows them the real India. The government should leverage it to the hilt as it constitutes a massive soft power India has,” Dr Swaran Singh, Professor at the School of International Studies at the New Delhi-based Jawaharlal Nehru University and a noted expert in Chinese affairs, told Sputnik.

The stories mostly focused on hope, the neglect of the elderly and the fear of the future. Bhandarkar’ film Mumbai Mist focused on the plight of the old, in Mumbai, India’s financial capital.

As part of identifying new talent and promoting capacity building in the BRICS in the area of cinema, a Chinese official announced that the Beijing Film Academy would offer 40 fully sponsored undergraduate and doctoral scholarships for budding filmmakers in the five emerging economies. An exchange program for promising students has also been envisaged.