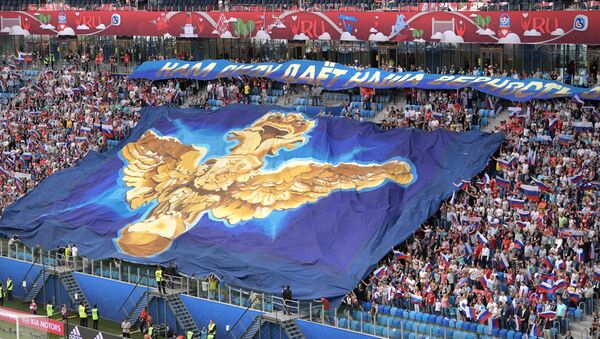 MOSCOW (Sputnik) — In the group stage of the Сup, 12 games took place, and the most visited was the game between the national teams of New Zealand and Portugal on June 24 in St. Petersburg. A total of 56,290 people came to watch the game.

​The second most attended and record-breaking for the Russian national team was the opening match of the Confederations Cup on June 17, when the Russians beat New Zealand in St. Petersburg in the presence of 50,251 fans.

FIFA Confederations Cup is being held in the Russian cities of Moscow, St. Petersburg, Kazan and Sochi from June 17 to July 2.