Boat With 150 Tourists Aboard Sinks in Colombia (PHOTOS) 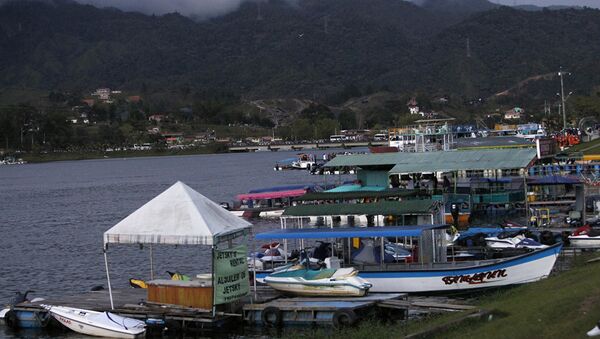 It was earlier reported that nine people drowned and 28 went missing after after the incident.

Colombia Air Force informed that the rescue operation was ongoing, as a boat carrying about 150 people, most of which were tourists, sank in a reservoir in northwest of the country.

The vessel reportedly went down in a reservoir for a hydro-electric dam in the Andean resort town of Guatape. According to El Pais newspaper, the shipwreck took place at 02:00 p.m. local time (19:00 GMT).

The Colombian authorities have launched a rescue operation, while the country's Air Force have sent helicopters to evacuate people.

Initial reports indicated that at least 25 people could have drowned in the incident.

COLOMBIA: VIDEO — A boat with 150 tourists on board has sunk in Colombia, leaving at least 25 dead and over 100 still missing. pic.twitter.com/UCBDRDrMDu

BREAKING: Initial reports of at least 25 dead after a Boat carrying 150 tourists goes down in the Guatape reservoir, Colombia. pic.twitter.com/WxZW1vK2l5