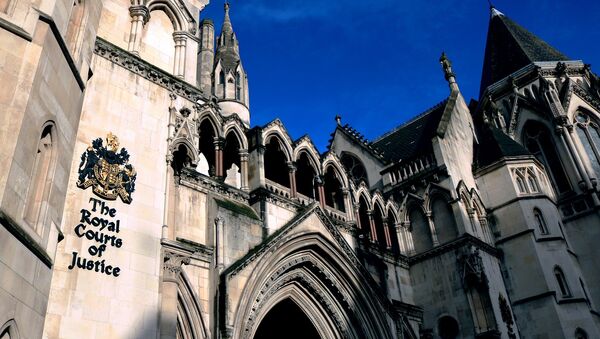 © Photo : Pixabay
Subscribe
Ukraine has appealed the ruling of London’s High Court of Justice on its $3 billion debt to Russia. In a statement on Friday, the Ukrainian Finance Ministry said that it was confident that it would win the case in the Court of Appeal.

Heart of the matter

Russia filed a lawsuit against Kiev in February 2016 after Ukraine defaulted on paying off a $3-billion loan by December 31, 2015.

Ukraine Appeals London High Court Ruling on $3 Billion Debt to Russia
The $3 billion Eurobond debt was taken out by the government of Ukraine’s then President Viktor Yanukovych in December 2013, just two months before he was ousted by the February 2014 Maidan coup in Kiev.

Kiev serviced the debt until the end of 2015 but then defaulted on its debt obligations.

Kiev asked Russia to restructure the debt. Russia insisted that it was a sovereign debt that needed to be paid off. Moscow also offered an out-of-court settlement only to see Kiev introduce a moratorium on its debt payments to Russia.

In early-2016 Russia brought the case before the High Court of London. The Ukrainian side tried to make the $3 billion it owes Russia look like a “kickback” to Yanukovych, while simultaneously insisting on downsizing or restructuring it.

The Ukrainian side also tried to question the sovereign character of the debt, but the IMF determined that Ukraine’s $3 billion debt to Russia is sovereign and not commercial, as maintained by Kiev.

In March 2017, London’s High Court of Justice decided against holding a full trial on Ukraine's debt as Kiev had no justifiable defense for failing to pay it back.

In an interview with Sputnik, the head of the CIS Financial and Banking Council, Pavel Nefidov said that Kiev’s argument that “We have no money, so we are not going to pay” simply holds no water and will not work.

“Ukraine has no way out other than to pay up. If it doesn’t, it would blow all its chances of borrowing from anywhere else,” Nefidov said.

He added that Kiev might try to drag out the whole process and could even get another tranche from international lenders to pay its debt to Russia.

“They keep borrowing from one lender to pay the other. This is nothing to do with real economy,” Nefidov noted.

Ukraine 'Has No Choice but to Pay Back' Debt to Russia After UK Court's Ruling
Economist Nikita Isayev noted that Kiev’s decision to appeal the London court’s ruling was no surprise as it is making every effort to drag out the whole process.

“This is exactly what anyone who can’t pay his debts is trying to do win time and bargain,” Isayev said.

Ukrainian media says that now that Kiev has frozen its debt payments to Russia, it can feel free not to pay at all.

“The thing is, however, that operations with Eurobonds are governed by English law and no matter what laws Kiev may enact, it will still have to pay up,” Moscow-based lawyer Ilya Remeslo told Sputnik.

Moscow Urges Ukraine to Pay Off Debt to Russia After UK Court Ruling
Ukrainian Eurobonds could now file lawsuits to arrest Ukrainian property abroad. Remeslo dismissed Kiev’s claim that non-payment was a countermeasure against alleged Russian interference in its economy and territory.

The $3 billion Eurobond debt was secured by former Ukrainian President Viktor Yanukovich’s government in late 2013. Russia has repeatedly stated that Ukraine's failure to pay back the debt should be classified as a default.

000000
Popular comments
If the US installed nazi's didn't want that money, they should have returned it immediately after their coup. Now pay up your debt.