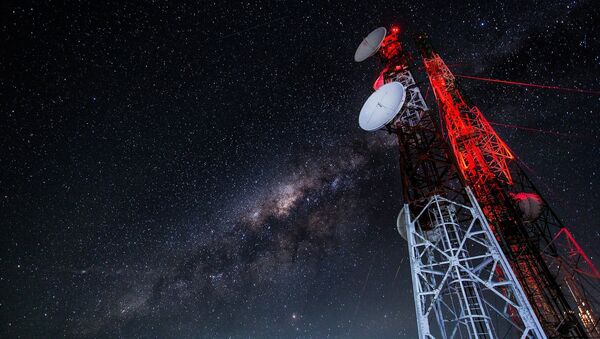 © Photo : Pixabay
Subscribe
Lawmakers in Washington are seeking to create a brand-new military branch – the first since the establishment of the US Air Force in 1947 – to make sure the country can wage war in space.

Two top lawmakers in Washington DC have added a line item to the 2018 National Defense Authorization Act (NDAA) that would create a brand new Space Corps military branch to specifically address the needs of warfare beyond the atmosphere of Earth.

The proposed legislation would create a Space Corps, to be folded into the the military as part of "a separate military service within the Department of the Air Force," according to the proposal. The US already has an Army, Navy, Air Force, Coast Guard and Marine Corps.

US Representatives with the Strategic Forces Subcommittee — a group in charge of Pentagon operations in space working under the aegis of the House Armed Services Committee — Mike Rogers (R-AL) and Jim Cooper (D-TN), on Tuesday introduced legislation that would create a US Space Corps.

In announcing the move, the two lawmakers stated: "There is bipartisan acknowledgement that the strategic advantages we derive from our national security space systems are eroding."

"We are convinced that the Department of Defense is unable to take the measures necessary to address these challenges effectively and decisively," Rogers and Cooper said, "or even recognize the nature and scale of its problems," cited by Theantimedia.com.

Unlike the Marines, however, the proposed US Space Corps would have a leader equal to the Air Force Chief of Staff, and also have a seat with the Joint Chiefs of Staff.

A spokesman for the US Air Force responded to the proposed legislation by downplaying the idea, however, arguing that coordination between the military branches is more important than creating new separate entities with the Pentagon.

"We think right now it's important to take the capabilities and the resources that we have," said the Air Force spokesperson, "and focus on implementation and integration with the broader force, versus creating a separate service."

The secretary or the Air Force, Heather Wilson, bolstered that sentiment on Wednesday, saying, "The Pentagon is complicated enough. This will make it more complex, add more boxes to the organization chart, and cost more money."

"And if I had more money, I would put it into lethality, not bureaucracy… I don't need another chief of staff and another six deputy chiefs of staff, " she added, according to Anti-Media.

Many levels of legislative bureaucracy must sign on before a Space Corps can see its first space cadets, however, and the House Armed Services Committee must first unanimously approve its subcommittee's addition to the NDAA. The creation of a Space Corps would then move to the House floor for an early July vote.

Forward-thinking military futurists, including current Deputy Defense Secretary Robert Work, an Obama appointee, are supportive of moving the jurisdiction of the Pentagon into space.

In 2015, Work asserted that extraterrestrial domains, including the near-Earth planets, the asteroid belt, the gas giants and even the reaches of outer space must "be considered a contested operational domain in ways that we haven't had to think about in the past."