NATO Extending to Russia’s Border Poses ‘Real Danger’
After the collapse of the USSR, NATO planned to divide Russia into small parts diminishing the state to the size of the medieval Moscow principality, a veteran of the Russian "illegal" intelligence service said during the Vesti v Subbotu ("News on Saturday") program of Russia's Rossiya 1 broadcaster.

The program was dedicated to the 95th anniversary of the Directorate S ("illegal" intelligence service) of the Foreign Intelligence Service of the Russian Federation (SVR).

The interview was conducted by Vesti v Subbotu anchor Sergei Brilev. The voice, face and name of the former agent were changed due to security reasons.

"Pavel Andreyevich [the agent's alias] says that the NATO documents obtained by him signaled that the dissolution of the USSR was only the first stage," Brilev noted.

"And then [NATO planned] to create the Russian North-Volga Republic and then the Middle Volga Republic, and reduce the Russian state to the level and size of the Moscow principality," the intelligence veteran specified.

"We have these documents, they are now in the archive of our [Russian intelligence] service," the former agent stressed. 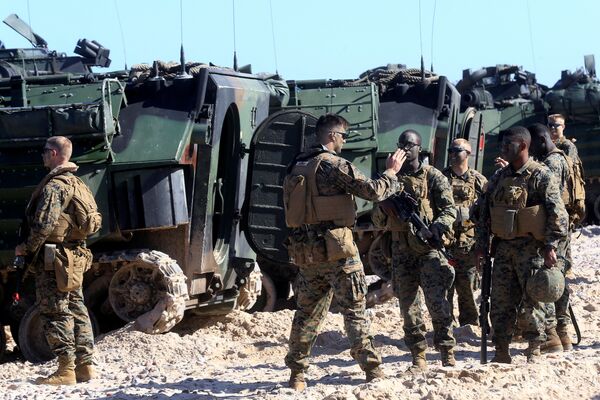 The idea of the partition of Russia is not new.

In his book The Grand Chessboard published six years after the collapse of the USSR, a former US national security adviser and geostrategist, Zbigniew Brzezinski, insisted that "a more decentralized Russia would be less susceptible to imperial mobilization."

"A loosely confederated Russia — composed of a European Russia, a Siberian Republic, and a Far Eastern Republic — would find it easier to cultivate closer economic regulations with Europe, with the new states of Central Asia, and with [East Asia], which would thereby accelerate Russia's own development," the geostrategist claimed.

'Putin Turned Out to be a More Skilled Strategist Than Brzezinski Ever Was'
"Each of the three confederated entities would also be more able to tap local creative potential, stifled for centuries by Moscow's heavy bureaucratic hand," he added.

Interestingly enough, before Brzezinski, the idea to sever Russia along the Ural Mountains thus dividing it into "European" and "Asian" (Siberia and the Far East) parts, was mulled over by Nazi Germany and its allies.

In December 1941, half a year after Nazi Germany invaded the USSR, the Empire of Japan offered Adolf Hitler and Italian dictator Benito Mussolini to divide Eurasia into two spheres of interest along the 70th meridian east longitude. As observers noted, Hitler didn't plan to seize much of Soviet territory east of the Ural Mountains.

More than a decade before the Axis powers of Germany, Italy and Japan considered the partitioning of Russia, the territory of the former Russian Empire was subjected to Allied intervention — a multinational military expedition launched during the Russian Civil War of 1918 by major European powers which backed the anti-Bolshevik White Guard.

The United States, Canada, Japan and China took part in the intervention campaign along with European powers occupying Russia's northwestern regions, Crimea, Bessarabia, Siberia and the Far East. However, their efforts were thwarted by divided objectives, a lack of domestic support, war-weariness largely caused by World War I and the military successes of the Red Army.

As history shows, each time Russia faced severe domestic and geopolitical challenges it ran the risk of falling prey to the global power game.