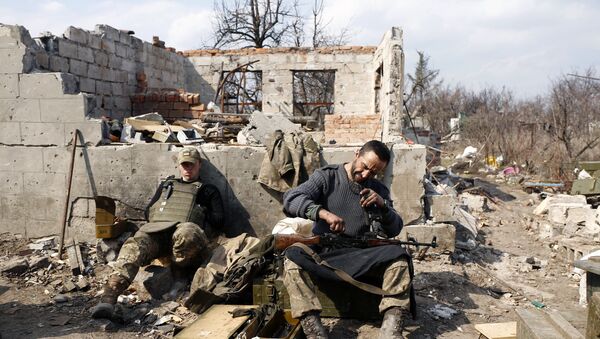 Ukraine's Secretary of the National Security and Defense Council Oleksandr Turchynov accused Donbass militias of undermining the "harvest truce" that entered into force earlier in the day.

KIEV (Sputnik) — Earlier in the day, militias of the self-proclaimed Donetsk and Lugansk People Republics (DPR and LPR) reported about truce breaches by the Ukrainian troops. Kiev in its turn accused the breakaway regions of violating the ceasefire.

"During these 24 hours the fire has not stopped again, the shelling took place again… As for the ceasefire, over the past two months, unfortunately, it is the third or fourth agreement on the ceasefire. They are constantly violated by the [militias]… I do not remember any agreement they complied with," Turchynov was quoted as saying by the Ukrainian UNIAN agency.

Donetsk Militia Registers Multiple ‘Harvest Truce’ Breaches by Ukrainian Troops
He added that the violation of the agreements occurred already in the first half of the day when they entered into force.

On Wednesday, the Trilateral Contact Group on Ukraine agreed on the ceasefire during the time of harvest starting from June 24, and the truce should last until August 31.

The decision was later confirmed by the representatives of the DPR and the LPR, Ukrainian envoy Leonid Kuchma's spokeswoman Daria Olifer and special representative of the Organization for Security and Co-operation in Europe (OSCE) Chairperson-in-Office in Ukraine Martin Sajdik.