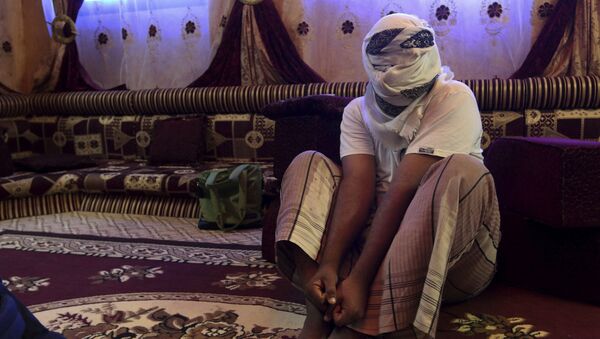 A new investigation reveals that Al Qaeda terrorists in Yemen have been tortured by United Arab Emirates personnel and handed over to US forces for interrogation, the Associated Press reports.

The investigation found 18 “clandestine lockups” in southern Yemen operated by UAE or Yemeni security forces after an extensive investigation that included talking to former prisoners, the families of people in detention, attorneys and Yemeni defense officials.

The torture practices go way beyond waterboarding. “Grilling” involves tying individuals to skewers and twirling them over fires, according to the report. Ex-prisoners also reported being beaten and sexually assaulted while captured.

Detainees are shuttled to black sites located within airports, military outposts and even inside nightclubs. The Yemen probe may reveal only part of the secret operations. Select detainees have been sent to an Emirati base in Eritrea, Yemen Interior Minister Hussein Arab is on record as saying according to the AP.

The Emiratis rejected the notion that the black sites actually exist. “There are no secret detention centers,” the UAE government said, adding, “no torture is done during interrogation.”

The US corroborated their ally’s story. “We always adhere to the highest standards of personal and professional conduct,” Pentagon spokeswoman Dana White said, adding that members of the US military are required to report human rights violations.

“We would not turn a blind eye” to torture practices, she said.

US defense officials confirmed that US forces were involved in interrogation of detainees captured in Yemen but rejected having knowledge about potential humans rights abuses. Americans give the Emiratis the questions; the Emiratis then provide video files or electronic transcripts of the questioning sessions, Yemeni Brig. Gen. Farag al-Bahsani explained.

“It would be a stretch to believe the US did not know or could not have known that there was a real risk of torture,” Amnesty International’s Lynn Maalouf said.

AP estimates as many as 2,000 men have gone missing into the secret prisons.

Others observed that the tactics may be ineffective in combating armed militias. The AP’s conclusions demonstrate that “the US hasn’t learned the lesson that cooperating with forces that are torturing detainees and ripping families apart is not an effective way to fight extremist groups,” Human Rights Watch national security specialist Laura Pitter noted.